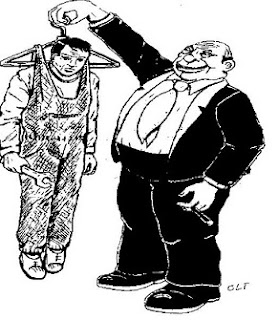 Thousands of people are taking part in a march in London in protest against the cost of living crisis. At Parliament Square a rally will be held, with speakers including Frances O’Grady, the general secretary of the TUC, which is organising the event.

The TUC said there was “harrowing” evidence of the impact the crisis was having on families, with workers suffering the “longest and harshest” squeeze on earnings in modern history.

O’Grady said: “Prices are skyrocketing, yet boardroom bonuses are back to bumper levels. Everyone who works for a living deserves to earn a decent living, but UK workers are suffering the longest and harshest squeeze on their earnings in modern history.

“If we don’t get pay rising across the economy, we will just keep lurching from crisis to crisis. This cost of living emergency has not come out of the blue. It is the result of more than a decade of standstill wages.” O’Grady said it was “gut-wrenching” to hear how workers were struggling, with no safety net to fall back on and the pay slump showing little sign of slowing.

Workers have lost an average of almost £20,000 in cumulative earnings since 2008 because pay has not kept pace with inflation, the TUC said, adding that it was the biggest loss of “real wages” since the 1830s.

Posted by ajohnstone at 1:29 pm