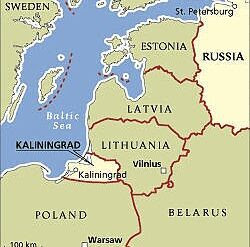 Recent results of military operations are mixed for both sides.

In the East, the occupation of Severodonetsk gives Russian forces control over 90% of Lugansk Province. Presumably, they will now target the western half of Donetsk Province in order to complete their conquest of the Donbas.

In the Southeast, the Russian army has finally completed its capture of Mariupol. There is a shortage of fresh water in the city. An outbreak of cholera is feared.

In the Southwest, by contrast, Ukrainian troops mounted a successful defense of Mykolaiv and are advancing back toward Kherson. Russian supply lines are extended in this area, while Ukrainian supply lines are relatively short. It is now doubtful whether Russian forces will be able to achieve the objective of cutting Ukraine off from the whole of the Black Sea coast.

The war of attrition may slowly be moving toward a stalemate, with each side in firm control of those areas where it is in the stronger position. Let us hope this is so, because a stalemate gives the best chance of a ceasefire and serious negotiations.

However, this prospect is threatened by the massive flow of arms from the West, which now include heavy artillery, tanks, drones, and even planes. It is unclear whether the Ukrainian army can make effective use of all this weaponry. However that may be, it kindles the unrealistic hope of driving Russian troops out of the whole of Ukraine and thereby prolongs the war. In passing the funds to arm Ukraine with more powerful weapons, Congress voted for precisely that — to prolong the war.

But this is madness. For Ukraine a longer war means yet more territory reduced to a wasteland, thousands more young men and women (for women are now fighting too) killed and maimed, millions more refugees, and the onset of plague and famine. What sort of ‘friends’ are they who would subject Ukraine to such calamities?

For the world, a longer war means a continuing and growing risk of escalation to nuclear Armageddon. Let us always keep in mind that the current situation is unprecedented. Never have Russia and NATO been so close to direct hostilities.

There are several ways in which these could break out at any time. One is a confrontation or collision between naval and/or air forces in the Black or Baltic Sea or in the airspace above them. Such incidents have occurred in the past.

Or Russia might attack a column of trucks, a train, or a plane delivering arms to Ukraine. Russian deputy foreign minister Sergei Ryabkov has warned that Russia will regard arms ‘convoys’ into Ukraine as ‘legitimate targets.’

Another flashpoint is the Kaliningrad exclave, a province of Russia separated from the rest of the country by territory belonging to other states – Poland, Lithuania, Latvia, Belarus (see Map). The first three are members of NATO and the EU. Since June 18, Lithuania — in accordance with EU sanctions against Russia – has not allowed trains and trucks bound for Kaliningrad to cross its territory if they are carrying certain kinds of goods (such as alcohol, metals, timber, glass, cement, and fertilizer). These goods now have to be supplied by sea from St. Petersburg. In winter this will be more difficult and expensive. Analysts fear that Russia may try to open up a transit corridor by force. NATO would have to respond to such a violation of the sovereignty of a member state.

With regard to the war in Ukraine, it does not matter to us which state will control this or that piece of real estate. We have only one demand — that the war should end without delay. Enough is enough! Stop fighting! Cease fire! Of course, certain measures will be required to enforce the ceasefire – disengagement zones, deployment of peacekeeping forces, and so on. The international community has the necessary experience in these matters.