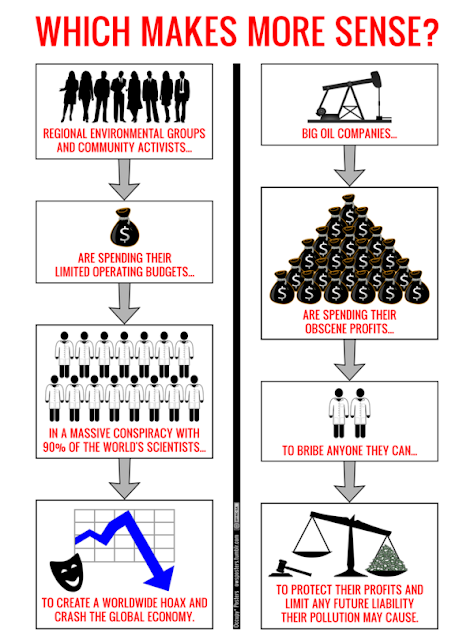 Research by the Institute for Strategic Dialogue and the Climate Action Against Disinformation coalition, found that although outright denials of the facts of the climate crisis were less common, opponents were now likely to focus on “delay, distraction and misinformation” to hinder the rapid action required. It shows that the climate emergency – and the measures needed to deal with it – are in some cases being conflated with divisive issues such as critical race theory, LGBTQ+ rights, abortion access and anti-vaccine campaigns.

The report looked at social media posts over the past 18 months and particularly around the Cop26 climate summit in Glasgow last year. It found that the urgent need for wide-ranging mitigation and adaptation strategies were continually downplayed or condemned as unfeasible, overly expensive, disruptive or hypocritical.

It identified a number of specific “discourses of delay”, including:

Analysis of 16 accounts “super-spreading” climate misinformation on Twitter revealed 13 sub-groups that largely converged around anti-science and conspiracy communities in the US, UK and Canada.

It said many “influencers” in this group originally came from a scientific or academic background and some were previously involved in the green movement.

It added: “This allows them to present as ‘rationalist’ environmentalists and claim greater credibility for their analysis, while continually spreading the discourses of delay and other misinformation or disinformation. It also gives them significant appeal online and the potential to galvanise far broader audiences, since they are frequently invited by conservative media outlets as ‘climate experts’.”

Posted by ajohnstone at 8:06 am