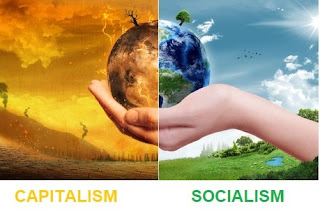 There is more carbon dioxide in Earth's atmosphere than at any time in the past four million years, as the world's continued dependence on fossil fuels keeps humanity hurtling toward a "global catastrophe," officials at the National Oceanic and Atmospheric Administration warned.

"CO2 levels are now comparable to the Pliocene Climatic Optimum, between 4.1 and 4.5 million years ago..."

NOAA Administrator Rick Spinrad said in a statement. "We can see the impacts of climate change around us every day...The relentless increase of carbon dioxide measured at Mauna Loa is a stark reminder that we need to take urgent, serious steps" toward climate resiliency and action, he added.

"It's depressing that we've lacked the collective willpower to slow the relentless rise in CO2," said Ralph Keeling, who runs Scripps' program at the [Mauna Loa] mountaintop observatory. "Fossil fuel use may no longer be accelerating, but we are still racing at top speed towards a global catastrophe."


Our home, planet Earth, is in jeopardy. Earth provides us with sustenance and shelter, inspires reverence, and nurtures our dreams. But we are pushing the planet’s systems to the edge, threatening our own well-being and that of future generations.

In 1970, the Menton Message, was crafted in Menton, France during an environmental conference organized by Alfred Hassler of the Fellowship of Reconciliation and other leading intellectuals and scientists, Thich Nhat Hanh and Sister Chan Khong. The conference produced a statement to “Our 3.5 billion neighbours”, published in the UNESCO Courier in 1971, and eventually signed and presented by 2200 scientists as a letter alongside the U.N. Summit on the Human Environment in Stockholm.

In 2022, fifty years on from the UN Summit, the International Science Council, Future Earth and the Stockholm Environment Institute convened an Expert Writing Group of natural scientists, social scientists and humanities scholars to modernize and extend the historical call on the eve of Stockholm+50.

This is their letter.
https://science4stockholm50.world/

We don't have the excuse that we weren't given ample warning.