The Rich in a Spending Spree

The company behind Moët and Dom Pérignon has said it is “running out of stock on our best champagnes” as the wealthy spend big on luxury goods in a new “roaring 20s” age of decadence.

While working people suffer a big slump in living standards The chief executive of Moët Hennessy, Philippe Schaus, said 2022 would be “a fabulous year” for its champagne – which starts at about £40 a bottle and can cost thousands – as evidenced by stocks running low in the company’s network of cellars that stretch for 17 miles.

“We are running out of stock on our best champagnes. As people are coming out of Covid there’s been pent up demand for luxury, enjoyment and travelling,” Schaus said in an interview.

Earlier this year the Guardian reported soaring sales of champagne in City of London wine bars as bankers celebrated the biggest bonus season since before the 2008 global financial crisis.

It’s not just champagne that’s flying off shelves. Luxury goods companies across the world have recently reported booming sales in everything from designer-label clothing and handbags to expensive watches and supercars as the ranks of the ultra-wealthy hit record highs. The global luxury goods industry is expected to achieve total sales of £1.22tn this year, an increase of 21% on 2021. The report, published on Tuesday, said the sector “remains poised to see further expansion next year, and for the rest of the decade to 2030, even in the face of present economic turbulence”.

Jean-Jacques Guiony, LVMH’s chief financial officer, said that among his customers the economic downturn “has not materialised into full swing yet … if ever it does”.

Kering, which owns Gucci, Balenciaga and Bottega Veneta, reported a 14% increase in its third quarter sales.

Hermès, whose Birkin handbags can costs tens of thousands of pounds, reported a 24% jump in sales.

The company’s finance director, Eric du Halgouet, said: “For the moment, we don’t see any sign of slowdown in any of our markets.”

There are now record 218,200 people classed as ultra-high net worth (UHNW), with assets of more than $50m (£43.7m), according to research by the investment bank Credit Suisse. It said there had been “almost an explosion of wealth” during the recovery from the pandemic. Analysts predict that the boom in luxury goods is likely to continue as rich people spend the £2.52tn saved up during the pandemic. 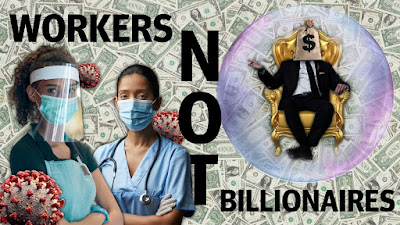