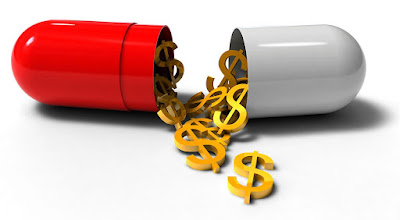 Médecins Sans Frontières (MSF) is warning that a free trade agreement between India and the UK could have a devastating impact on the global supply of generic drugs after its draft intellectual property chapter was leaked.

Médecins Sans Frontières is calling for the UK Government to withdraw the document completely and for India to make sure that barriers to affordable medicines are not written into the trade pact.

Posted on the bilaterals.org website, the draft text indicates that the UK is pushing for harder intellectual property measures as part of the UK–India free trade agreement (FTA).

The proposals would cause “serious harm” to India's generic pharmaceutical industry. The leaked chapter contains 12 Articles that go beyond the requirements of the World Trade Organization's Agreement on Trade-Related Aspects of Intellectual Property Rights (TRIPS Agreement). MSF is concerned that these so-called “TRIPS-plus” provisions could undermine India's public health safeguards by requiring the country to change its national intellectual property and drug approval laws to introduce more monopolies on medicines.

Article E.2.2 of the leaked chapter stipulates that each party “shall” allow a new medical use of a known medicine to be patentable and shall not require a patent applicant to prove enhanced efficacy for a new medical use or a new form of a known substance or composition as the precondition for patenting. These measures would reverse India's current patent law, which has ensured that old and repurposed drugs are not eligible for renewed monopoly protection and made it harder for drug companies to obtain additional patents on trivial changes to known medicines.

India is a major supplier of many of the affordable generic medicines that MSF and many countries use to treat people with diseases such as tuberculosis, malaria, and HIV/AIDS.

“The excessive measures included in the draft intellectual property chapter of the UK–India FTA could jeopardise this supply”, says Leena Menghaney, South Asia Head of MSF's Access Campaign. “Introducing more and more intellectual property hoops for generic manufacturers in India to jump through will have a chilling effect on the country's ability to supply millions of people around the world with affordable, lifesaving generic medicines.”

For example, in October, 2023, the patent on the therapeutic compounds in delamanid, one of the most expensive treatments for drug-resistant tuberculosis, is set to expire, but measures in the draft FTA would delay the availability of more affordable generic delamanid by several years.

“The Indian Government must reject these harmful intellectual property provisions and demonstrate its commitment to retaining robust and sustainable production of lifesaving generic medicines at affordable prices. Given the disastrous consequences this leaked intellectual property chapter could have on the global supply of generic medicines, the UK Government should withdraw it completely. India should stay vigilant and not allow barriers to affordable medicines to be written into FTA negotiations”, Menghaney says.

Andrew Hill, Senior Visiting Research Fellow at University of Liverpool Institute of Translational Medicine, UK, who researches access to medicines, commented: “The provisions set out in this leaked document would have extremely serious consequences for the NHS and global health…the naive idea that what is good for the pharmaceutical industry is good for patients and public health must be vigorously challenged”.

Posted by ajohnstone at 2:01 pm