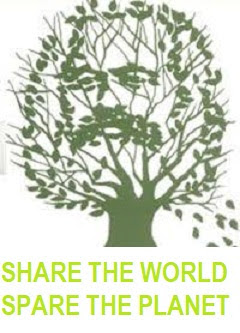 The Forest and Climate Leaders' Partnership (FCLP) launched by more than two dozen nations at the COP27 was denounced by Greenpeace as unlikely to stop deforestation.

"...this partnership is nothing but a green light for eight more years of forest destruction, with little respect for the rights of Indigenous peoples and local communities," Victorine Che Thōner of Greenpeace International said. According to Thōner, the alliance "gives polluters a license to do more business as usual through carbon trickery instead of advancing true climate action."

Notably, Brazil and the Democratic Republic of Congo are not part of the FCLP.

At last year's COP26 meeting in Scotland, 145 governments signed the Glasgow Leaders' Declaration "to halt and reverse forest loss and land degradation" by the end of the decade. However, as the annual Forest Declaration Assessment showed two weeks ago, "not a single global indicator is on track to meet these 2030 goals of stopping forest loss and degradation and restoring 350 million hectares of forest landscape." Only 22% of the $12 billion in public money pledged for forests by 2025, funds committed in Glasgow, had so far been disbursed. This sum pales in comparison to the $460 billion per year that is needed to protect, restore, and improve forests on a global scale.

26,000 square miles of forest—an area roughly equivalent to Ireland—were destroyed around the world in 2021, harming biodiverse ecosystems and releasing into the atmosphere 3.8 billion tons of greenhouse gas pollution, or about as much as the European Union generates each year.

Scientists warned that averting the worst consequences of the climate and biodiversity crises hinges in part on putting an end to clear-cutting, which is being driven by corporations looking to make space for cattle ranching, monocropping, and other harmful practices.

Greenpeace said the new pact "was mainly a progress review from 2021 in support of carbon markets as a mechanism for funding investment in protecting existing carbon sinks."

Thōner explained that "...we must look beyond the needs of greedy businesses to effectively deliver on non-market approaches for nature protection...Real commitments are needed now to protect and restore nature along with the rights of Indigenous peoples and local communities."