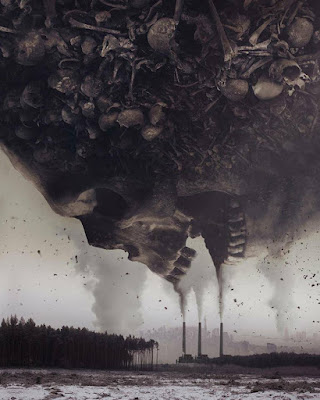 The same report says exposure to nitrogen dioxide (NO2) above the WHO's recommended threshold led to 49,000 premature deaths in the EU in 2020.

In 2020, 96 percent of the EU's urban population was breathing concentrations of fine particles above the WHO's limit of 5 microgrammes per cubic metre of air. Fine particulate matter is the technical term for microscopic dust grains spewed into the atmosphere by car and aircraft engines, and by coal-fired power stations. The tiny size of the particles enables them to travel deep into the human respiratory tract, worsening the risk of bronchitis, asthma and lung disease.

Posted by ajohnstone at 4:02 am