Wages are rising at their fastest rate in more than 20 years, but still lag well behind the soaring cost of living.

Regular pay rose by 5.7% in the year to September, the fastest growth since 2000 excluding the pandemic, when people got big rises when returning to work from furlough. However, when adjusted for rising prices, wages fell by 2.7%. The cost of living is currently rising at its fastest rate in almost 40 years.

ManpowerGroup, one of the UK's biggest recruiters, told the BBC that the gap between wages and prices was "putting more and more pressure on households".

With job vacancies still near a record high and unemployment low, most employers are being forced to put up wages to attract the workers they need. However, in the year to September, pay growth was much stronger in the private sector than the public sector, at 6.6% versus 2.2%. 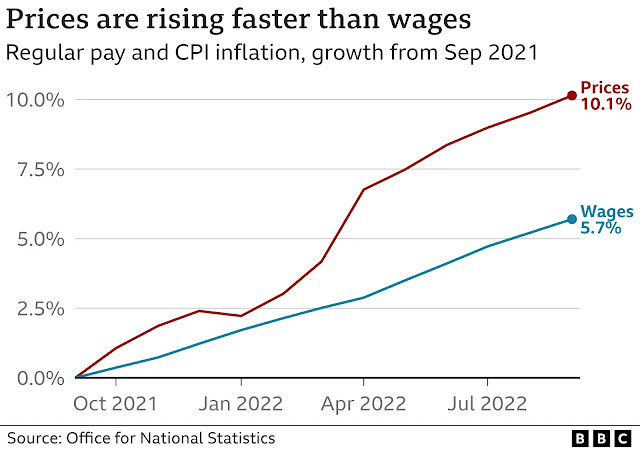