The Razing of the Amazon 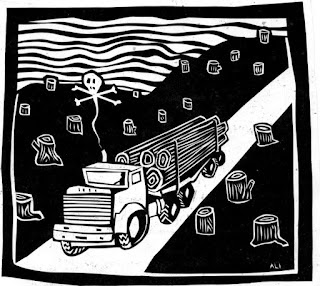 The World Wildlife Fund (WWF) issued a new Living Amazon Report, 2022 at COP27 . According to the report, 35% of the Amazon rainforest is either totally lost or highly degraded.

“The situation has begun to show signs of nearing a point of no return: seasons are changing, surface water is being lost, rivers are becoming increasingly disconnected and polluted, and forests are under immense pressure from increasingly devastating waves of deforestation and fire. This could lead to irreversible change in the near future.”

According to the WWF report: There are (1) six-hundred (600) infrastructure projects in operation along Amazon rivers (2) twenty planned road projects, (3) four-hundred operating, or planned, dams; meanwhile, numerous mining operations continue to dump chemicals such as mercury into rivers. According to PRODES, a satellite monitoring system, the pace of commercialization of the Amazon trudges ahead as 4.2 million square miles of the rainforest was cleared for commercial development last year alone.

In another recent report from Amazon Network of Georeferenced Socio-Environmental Information (RAISG) claiming that 26% of the forests have already “irreversibly transformed.”

“The savannization of the Amazon is already visible in Brazil and Bolivia while Ecuador, Columbia and Peru seem to be heading in the same direction.” (Mongabay)

Posted by ajohnstone at 1:30 am