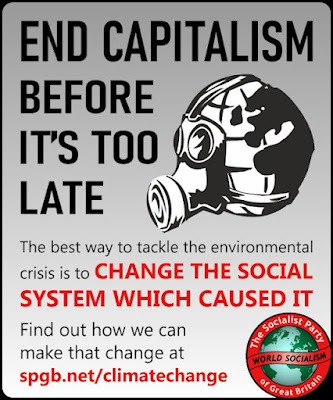 The 27th Conference of Parties to the 1992 UN Framework Convention on Climate Change, or COP27 has ended with the organisers predictably hailing it as a success, while more sober observers point to its failure.

The Paris pledge to not let global warming exceed 1.5C  is no more.  After all the years of climate negotiations, eliminating the primary cause of global heating, fossil fuels were seldom mentioned. The world should be weaning itself off its fossil fuel addiction but Cop27 has shown it is politically impossible, national self-interest was prioritised and prevailed.

A proposal for a fossil fuel non-proliferation treaty to keep remaining coal, oil and gas reserves untouched went no-where.  There was no commitment to phase-out all fossil fuels. Even a modest World Health Organization endorsed  ban on fossil fuel advertising was not taken up.

The climate impact ( "loss and damage”) fund is being acclaimed as progress, but remains voluntary. There is no agreement

on how much money should be paid in, by whom, and on what basis.

Prof Daniela Schmidt from Bristol University put it: “Our current emission trajectories commit us to further warming and to higher risks. The recent months have shown us the impacts climate change is having now with millions of people displaced by floods and loss of life due to heat and drought,” she continued. “The sense of urgency which these events created regrettably have not translated into action at the COP27.”

COP27 has been described as a fossil fuel trade show with Saudi Arabia for instance, advertising its untested carbon cap and capture policy.

France's Energy Minister Agnès Pannier-Runacher said that the deal was not as ambitious as France would have liked, with "no progress" made on efforts to reduce emissions.

Germany’s Foreign Minister Annalena Baerbock expressed frustration that the emissions cut and phasing out of fossil fuels were “stonewalled by a number of large emitters and oil producers.”

Maldives Environment Minister Aminath Shauna said she was "disheartened" more progress was not made on cutting emissions.

European Union's climate chief, Frans Timmermans, says there is a "yawning gap" between climate policies and climate science adding that the mitigation programme agreement allows for some parties to "hide from their commitments". He continued, "...what we have in front of us is not enough of a step forward for people and planet…Too many parties are not ready to make progress in the fight against the climate crisis…Some are afraid of the transition ahead and the cost of change."

Mary Robinson, chair of the Elders Group of former world leaders, ex-president of Ireland and twice a UN climate envoy, said: “The world remains on the brink of climate catastrophe. Progress made has been too slow..."

Laurence Tubiana, one of the architects of the 2015 Paris climate agreement, now chief executive of the European Climate Foundation pointed out, “The influence of the fossil fuel industry was found across the board. This Cop has weakened requirements around countries making new and more ambitious commitments [on cutting emissions]. The text makes no mention of phasing out fossil fuels, and scant reference to the 1.5C target.” Tubiana added, “The Egyptian presidency produced a text that clearly protects oil and gas petro-states and the fossil fuel industries.

UN Secretary General António Guterres said the world "still needs a giant leap on climate ambition" as the planet is "still in the emergency room". Sharma echoed the medical analogy, “I said in Glasgow that the pulse of 1.5C was weak. Unfortunately, it remains on life support.”

Guterres also said, “A fund for loss and damage is essential - but it’s not an answer if the climate crisis washes a small island state off the map - or turns an entire African country to desert.”

Will next year’s COP28 be any different? It is being held United Arab Emirate’s Dubai, a country which has grown wealthy largely from oil. It is among the countries with the highest per capita greenhouse gas emissions globally. The Climate Action Tracker website rates the UAE’s targets and policies as “highly insufficient” and says the country is on track for emissions to increase by at least 30% above 2010 levels by 2030, despite targets to reduce them.