A "windfall of war” 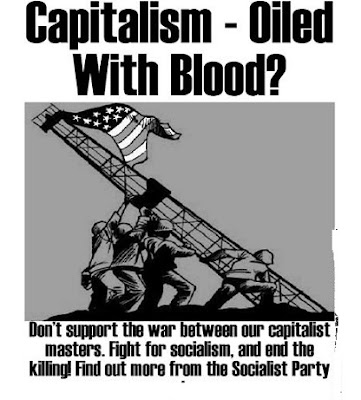 Oil producers have cashed in on a period of geopolitical turmoil due to the conflict in Ukraine that has shaken up the global energy market and sent prices skyrocketing.

Aggregate net income for publicly listed oil and gas companies operating in the U.S. exceeded $200 billion for the second and third quarters of the year.

The $200 billion figure, which included super-majors, mid-sized integrated groups and smaller independent shale operators, marks the sector’s “most profitable six months on record and puts it on course for an unprecedented year,” the Financial Times wrote. “Operating cash flow will likely be record-breaking – or at least very close to it – by year’s end.”

The bumper profits have been underpinned by soaring free cash flow, a key industry metric which is defined as cash flow from operations minus capital spending, the report explained. It also pointed out that benchmark Brent crude has averaged more than $105 a barrel over the second and third quarters – well above an average of around $70 per barrel over the past five years. Brent hit a high of almost $140 a barrel in early March.

Capital spending by the world’s 50 biggest producers will be around $300 billion this year, roughly half of what it was in 2013, the last time prices were at a comparable level.

“Over the past five years, the industry has shifted from ‘drill, baby drill’ to focusing on what shareholders actually want, which is return of capital,” said Pavel Molchanov, an analyst at Raymond James. “Dividends and share buybacks have never been as generous as they are now.”

Russia and Iran have rapidly expanded their energy ties amid the Western sanctions imposed on both nations.

Iran expects to sign a $40 billion agreement with Russian energy major Gazprom in December, Iranian Deputy Foreign Minister Mahdi Safari said. The National Iranian Oil Company and Gazprom agreed in July to cooperate in the development of two gas deposits and six oilfields in Iran. The document also includes swaps in natural gas and oil products, the implementation of LNG projects, and the construction of gas pipelines.  Russian Deputy Prime Minister Aleksandr Novak announced that Moscow and Tehran may agree to a swap of 5 million tons of oil and 10 billion cubic meters of gas, to be completed by the end of the year. Novak noted that “the amount of Russian investment in Iran’s oil fields will increase.”

Posted by ajohnstone at 5:05 pm