Iran's team in solidarity with protests 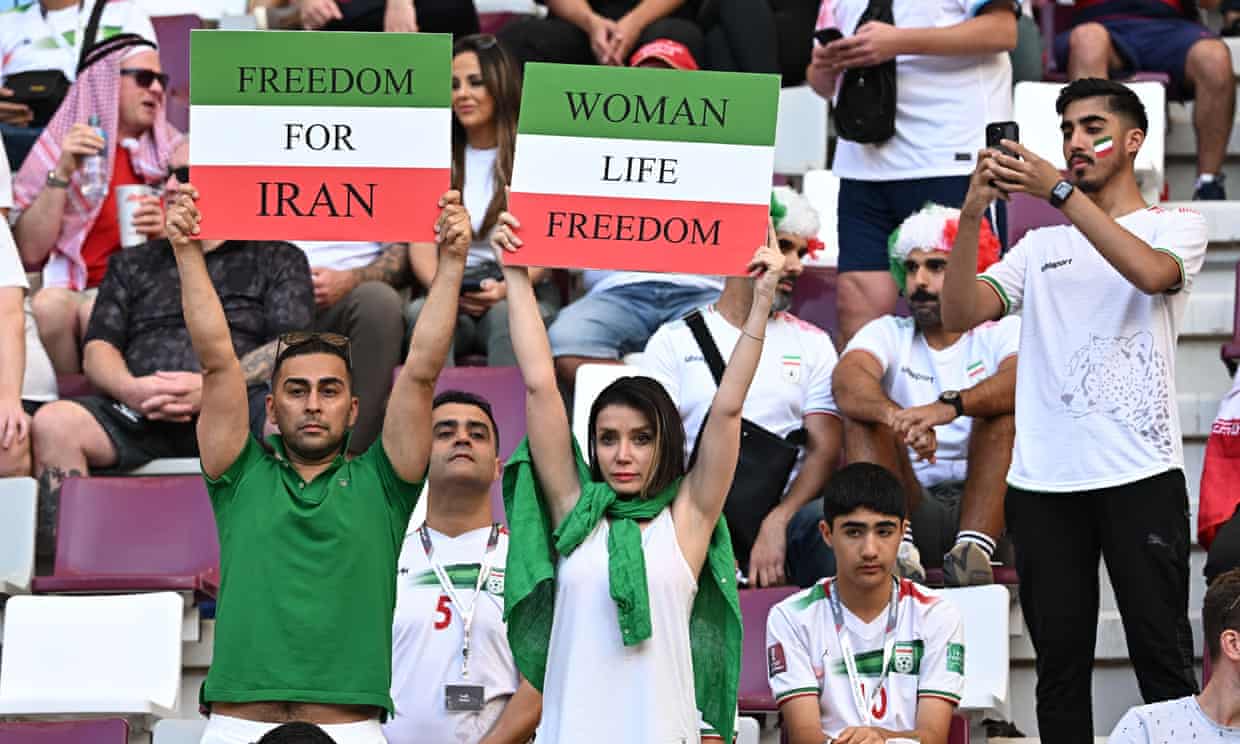 “Our team belongs to the people, not the Islamic regime.”

The Iranian players declined to sing their national anthem before their World Cup match with England in an expression of support for anti-government protests.

Iran state TV cut its coverage of the anthem.

Iranian fans present in the stadium could also be heard chanting "Ali Karimi" in reference to the former footballer who is one of the most outspoken critics of the Islamic Republic.

The fans could also be heard chanting "Be-Sharaf", which means dishonourable in Persian. This slogan protesters use against security forces in Iran.

Many Iranian women in the crowd wore T-shirts with the phrase “Woman, Life, Freedom”, which has become the rallying cry for protestors and had their hair fully on display.

Posted by ajohnstone at 1:44 am