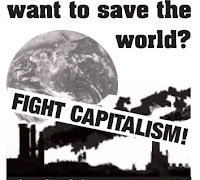 The super-rich emits greenhouse gases at a level equivalent to the whole of France from their investments in carbon-intensive businesses.

Examining the carbon impact of the investments of 125 billionaires, the  report by Oxfam found they had a collective $2.4tn stake in 183 companies.

On average each billionaire’s investment emissions produced 3m tonnes of CO2 a year; a million times more than the average emissions of 2.76 tonnes of CO2 for those living in the bottom 90% of earners.

In total, the 125 members of the super-rich emitted 393m tonnes of CO2 a year – equivalent to the emissions of France, which has a population of 67 million.

The investments were held in the consumer industry, energy and materials, with an average of 14% of their investments in polluting industries, such as fossil fuels and cement. There was only one renewable energy company in the sample. Studies show that 50-70% of emissions from the super rich come from their investments.

The report said that almost four million people would have to go vegan to offset the emissions of each of the billionaires.

Danny Sriskandarajah, Oxfam GB’s chief executive, said: “We need Cop27 to expose and change the role that big corporates and their rich investors are playing in profiting from the pollution that is driving the global climate crisis. It is people in low income countries who’ve done the least to cause it who are suffering the most – as we are seeing with the devastating drought in east Africa and catastrophic floods in Pakistan.” He explained,“The role of the super-rich in super-charging climate change is rarely discussed. This has to change. These billionaire investors at the top of the corporate pyramid have huge responsibility for driving climate breakdown. They have escaped accountability for too long.”

Posted by ajohnstone at 1:05 am