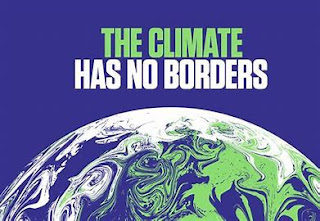 In 2015, at Cop21 in Paris governments agreed to pursue efforts to limit the global average temperature rise to 1.5C. Now, it is irrelevant. The world’s largest food companies, whose products have been linked to the widespread destruction of rainforests, have failed to come up with an adequate strategy to align their business practices with the 1.5C climate target.

The leading producers of soya beans, palm oil, cocoa and cattle published their roadmap to align with 1.5C earlier this week, promising to develop and publish commodity-specific, time-bound targets on stopping deforestation which will be backed by science and checked each year. The companies include the Brazilian beef firm JBS, the American agricultural firm Cargill and the Singaporean food processing firm Wilmar International.

To comply with 1.5C, all land use conversion must stop by 2030 with significant progress made by the middle of the decade, according to scientists.

Nico Muzi, managing director of the environmental group Madre Brava, said the plan announced at Cop27 did amount to some progress but said the commitment fell short of what was needed, especially in the meat sector.

“There are two flagrant omissions: a cutoff date to stop soy-driven deforestation now, and the exclusion of conversion by cattle and soy expansion of the largest savanna region in South America, Brazil’s Cerrado,” she said.

Cristiane Mazzetti, a senior forest campaigner at Greenpeace Brazil, said some of the companies had previously promised to rid deforestation from their supply chains by 2020 and had failed.

“We cannot afford any more greenwashing or reckless behaviour from these companies who profit from the destruction of ecosystems and come up with more delays and inadequate plans to halt and reverse the destruction they drive that will continue to fry the planet.”

André Vasconcelos, of Global Canopy, said the companies needed to go further for the plan to be credible.

“Tackling deforestation is integral to staying under 1.5C,” he said. “Traders need to go further, faster. The roadmap needs a proactive stance towards avoiding future deforestation and conversion, including a concrete commitment not to invest in further infrastructural development in key deforestation frontiers. There needs to be a commitment to a common cutoff date across commodities that includes all types of ecosystems.”