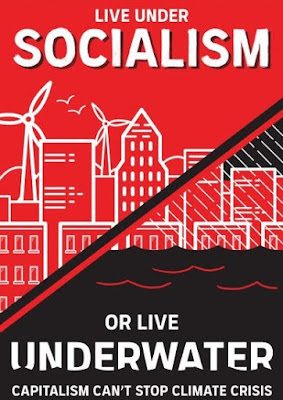 The climate crisis has pushed the planet’s stores of ice to a widespread collapse that was “unthinkable just a decade ago”, with Arctic sea ice certain to vanish in summers and ruinous sea level rise from melting glaciers now already in motion, according to the State of the Cryosphere report, a major new report, has warned.

Even if planet-heating emissions are radically cut, the world’s vast ice sheets at the poles will continue to melt away for hundreds of years, causing up to three metres of sea level rise that will imperil coastal cities, the report states. The “terminal” loss of sea ice from the Arctic during summers could arrive within a decade and now cannot be avoided, it adds. Disappearance of sea ice will open up the dark Arctic ocean, which will absorb – rather than reflect – heat, causing global heating to escalate further. It will also upend the region’s ecosystem, harming everything from algae to large animals such as seals and polar bears that need the sea ice for hunting.

“There’s nothing we can do about that now, we’ve just screwed up and let the system warm too much already,” said Julie Brigham-Grette, a scientist at University of Massachusetts Amherst and report co-author, about the sea ice. “That milestone has now past so the next thing we need to avoid is ice shelf collapses in Antarctica and the further breakdown of the ice systems in Greenland. We can’t stuff the genie back into the bottle once they are gone.”

She continued,  “The costs to places like Florida and Bangladesh and the Nile delta are just enormous, it’s going to be a huge strain,” adding that the Arctic is now shifting towards a state not seen in 3 million years. “We can’t allow ourselves to get to such a place but what worries me is we won’t respond to this emergency until it is front of us.”

“It’s a terminal diagnosis and now we have to live with consequences,” said Robbie Mallett, a sea ice expert at University College London Earth Sciences. “It’s been quite emotional to think of a time by the end of my career when I will see an Arctic free of sea ice. It’s been a shocking few years in Greenland with ice disappearing before our eyes. We are driving a whole environment to extinction.”

The loss of Arctic sea ice is “not the only sign of growing cryosphere collapse”. In just the past year, researchers have been astonished by the sight of rain at the summit of Greenland’s enormous ice sheet for the first time on record, followed by rain, rather than snow, falling on east Antarctica in March amid startling heatwaves at both poles, with temperatures 40C (72F) above normal. The report documents shell damage to crustaceans in the Arctic Ocean, a sign that the seawater is acidifying due to greenhouse gas emissions, the loss of 5% of glacier ice in the Alps over a single summer and a record low sea ice extent around Antarctica, earlier this year.

A huge amount of sea level rise appears to be already locked in due to the rampant burning of fossil fuels, the report states, with sections of the west Antarctic ice sheet potentially collapsing even without any further emissions over the coming centuries, causing more than four metres of additional sea level rise. Greenland’s ice loss has already committed around 30cm to sea level rise.

The Arctic is heating up around four times as quickly as the global average, which, combined with record heatwaves in Antarctica, risks a rapid “meltwater pulse” not seen at any time in the past 130,000 years, during which time human civilization has developed. This surge in water could prove disastrous for coastal areas.

Meanwhile, glaciers in places such as the Himalayas and the Andes are winnowing away, risking the drinking water supplies of tens of millions of people and, conversely, raising the threat of disastrous flooding.

Brigham-Grette said, “If we don’t accept that moral responsibility we aren’t going to be very good ancestors, we won’t be looked upon fondly. It will be a human tragedy.”

Posted by ajohnstone at 1:55 am