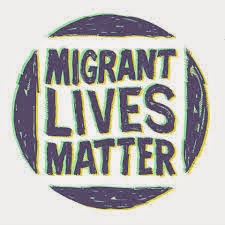 In one of the biggest mass expulsions in decades, European countries, supported by EU’s border agency Frontex, has systematically pushed back refugees, including children fleeing from wars, in their thousands, using illegal tactics ranging from assault to brutality during detention or transportation.

The illegal operations to push back at least 40,000 asylum seekers from Europe’s borders during the pandemic, are being linked to the death of more than 2,000 people.

One of Italy’s leading human rights and immigration experts, Fulvio Vassallo Paleologo, professor of asylum law at the University of Palermo, explained,  ‘’In this context, deaths at sea since the beginning of the pandemic are directly or indirectly linked to the EU approach aimed at closing all doors to Europe and the increasing externalisation of migration control to countries such as Libya.’’

Italy, Malta, Greece, Croatia and Spain have accelerated their hardline migration agenda. Since the introduction of partial or complete border closures to halt the outbreak of coronavirus, these countries have paid non-EU states and enlisted private vessels to intercept boats in distress at sea and push back passengers into detention centres. There have been repeated reports of people being beaten, robbed, stripped naked at frontiers or left at sea.

In 2020 Croatia, whose police patrol the EU’s longest external border, have intensified systemic violence and pushbacks of migrants to Bosnia. The Danish Refugee Council (DRC) recorded nearly 18,000 migrants pushed back by Croatia since the start of the pandemic.  Over the last year and a half, the Guardian has collected testimonies of migrants who have allegedly been whipped, robbed, sexually abused and stripped naked by members of the Croatian police. Some migrants said they were spray-painted with red crosses on their heads by officers who said the treatment was the “cure against coronavirus”.

According to an annual report released on Tuesday by the Border Violence Monitoring Network (BVMN), a coalition of 13 NGOs documenting illegal pushbacks in the western Balkans, abuse and disproportionate force was present in nearly 90% of testimonies in 2020 collected from Croatia.

“Despite the European Commission’s engagement with Croatian authorities in recent months, we have seen virtually no progress, neither on investigations of the actual reports, nor on the development of independent border monitoring mechanisms,” said Nicola Bay, DRC country director for Bosnia. “Every single pushback represents a violation of international and EU law – whether it involves violence or not.”

Since January 2020, Greece has pushed back about 6,230 asylum seekers from its shores, according to data from BVMN. The report stated that in 89% of the pushbacks, “BVMN has observed the disproportionate and excessive use of force. This alarming number shows that the use of force in an abusive, and therefore illicit, way has become a normality … Extremely cruel examples of police violence documented in 2020 included prolonged excessive beatings (often on naked bodies), water immersion, the physical abuse of women and children, the use of metal rods to inflict injury.”

Greek patrol boats towed migrants back to Turkish waters and abandoned them at sea without food, water, lifejackets or any means to call for help.

Matteo de Bellis, migration researcher at Amnesty International, said,  “So, while Italy at some point even used the pandemic as an excuse to declare that its ports were not safe for the disembarkation of people rescued at sea, it had no problem with the Libyan coastguard returning people to Tripoli. Even when this was under shelling or when hundreds were forcibly disappeared immediately after disembarkation.”

In April, Italy and Libya were accused of deliberately ignoring a mayday call from a migrant boat in distress in Libyan waters, as waves reached six metres. A few hours later, an NGO rescue boat discovered dozens of bodies floating in the waves. That day 130 migrants were lost at sea.

Malta, which declared its ports closed early last year, citing the pandemic, has continued to push back hundreds of migrants using two strategies: enlisting private vessels to intercept asylum seekers and force them back to Libya or turning them away with directions to Italy.

De Bellis, explained “when Italy and the EU withdrew their ships from the central Mediterranean, to leave it in Libya’s hands, they left Malta more exposed. In response, from early 2020 the Maltese government used tactics to avoid assisting refugees and migrants in danger at sea, including arranging unlawful pushbacks to Libya by private fishing boats, diverting boats rather than rescuing them, illegally detaining hundreds of people on ill-equipped ferries off Malta’s waters, and signing a new agreement with Libya to prevent people from reaching Malta.”

The Guardian confirmed the Maltese government’s strategy to use private vessels, acting at the behest of its armed forces, to intercept crossings and return refugees to Libyan detention centres.

Last week, the bodies of 24 migrants from sub-Saharan Africa were found by Spain’s maritime rescue.