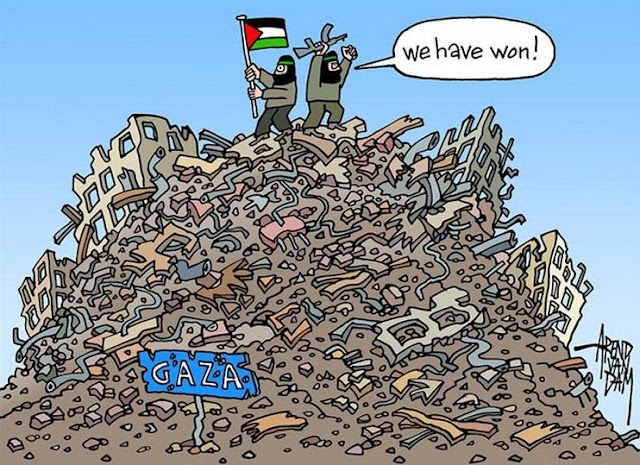 It is characteristic of any war that the first victims are usually innocent civilians. The World Socialist Movement fully sympathises with the compassion being expressed for the plight of the people of besieged Gaza. Saturday saw an example with an enormous turn-out in London showing support for the Palestinians. We roundly denounce the lethal Israeli air-strikes against Gazans who cannot flee the war-zone to safety nor seek refuge in the shelter of underground tunnels which were being deliberately targeted.

Every few years we have witnessed Israeli state-violence with the purpose of repressing Palestinian resistance. Palestinians had begun protests against the eviction from their homes in the Sheikh Jarrah neighbourhood in East Jerusalem. These were accompanied at the al-Aqsa mosque with demonstrations against the provocative incursions of extremist Zionists. As the protests grew, Israeli police responded with increased violence.

It is frustrating that many concerned people are endorsing armed struggle by Hamas as fully justified. A common refrain repeated is it is not for us to determine the methods of resistance but the Palestinians themselves and they have chosen Hamas as their representatives. But we cannot avoid questioning that claim. Has it ended the siege of Gaza? Has it provoked Israel to deploy its army to face high casualties that a ground invasion would inflict? Has it challenged Israel’s security with several hundred rockets fizzling out before even reaching Israeli territory and those that do, 90% get shot down by Iron Dome? As the political commentator, Norman Finkelstein observed, the rocket risk to Jewish-Israelis is as much as being struck by lightning. Has “self-defence” been a financial cost to Israel with the USA paying most of the bills?

The rockets, in fact, distracted from the East Jerusalem and the Palestinian-Israeli protests and served Hamas efforts to control events. It was a power-play by Hamas, not solidarity. Hamas wanted to portray itself as the leadership of the Israeli-Palestinians the moment they appeared to be acting independently in various cities within Israel. We can see that the real motive Hamas has in militarising the struggle is to ensure it retains partisan political control, distancing the Palestinian Authority even further but also undermining those that possess the decisive potential power,  the Palestinian-Israelis.

John Pilger and others present the argument that the occupation legitimises the right of resistance. But the dilemma is that defending the armed struggle directly weakens other strategies such as the rights of those who seek to wage non-violent resistance using general strikes and civil disobedience.

Rather than rockets, Hamas could so easily have revived the March of Return along the fences and if the Israeli snipers shot the participants as the IDF did previously, it would have resulted in far fewer casualties being incurred. Hamas wanted a media event of Israeli bombing and Israel willingly gave it to them for Netanyahu’s domestic election reasons.

The apologists for Hamas, the romantics who still adhere to the proven failed national liberation ideology, never mention that Hamas supported the Islamist al-Nusra who fought against Syria's Assad, Hezbollah and Iran. The very same al Nusra jihadists being also supported by Israel and the USA. Strange bedfellows indeed.

As socialists, our position is one against all nationalism but it should not be mistaken for docility to oppression or that Israel’s apartheid system and its occupation should not be resisted. The Palestinians should practice self-defence and engage in equal human rights. But the tactics chosen must be ones with the best chance of success.

No war but the class war but class politics is something many of the marchers against Israel and for a free Palestine don’t wish to understand, preferring to depict it as a religio-ethnic conflict. We support a vision of Jews and Palestinians coming together as workers, no matter how remote such an aspiration might appear today. Our fundamental principle is that true freedom will never be achieved until we are all liberated from wage slavery. This means that we do not support Hamas or any other would-be rulers. We cannot accept the sacrifice of our fellow-workers to satisfy the self-interest of sectarian political parties.

Posted by ajohnstone at 7:19 am

Qatar, with Israeli acquiescence, has provided substantial funding to Hamas in recent years, by some tallies, millions of dollars a month, chiefly to pay administrative salaries, some of which can then be siphoned off.

” A guy from Qatar comes every month with his suitcases of money accompanied by Israeli soldiers to pay Hamas administrative staff…” said the senior European official.