The Price of the Afghan War

As the United States prepares to withdraw from Afghanistan, along with with all their political poodles, leaving behind units of special forces and hired mercenaries to continue to protect the Afghan government from the Taliban, the latest calculations of the cost of that war has been released

Each nation also provided from 2001 to 2018 billion of dollars in foreign aid to Afghanistan which still remains one of the world's poorest countries. The US donated $32.32 billion, Germany gave $5.88 billion, the UK's contribution to aid was $4.79 billion, Canada, 2.42billion , Italy, almost one billion and France, just over half a billion in foreign aid. 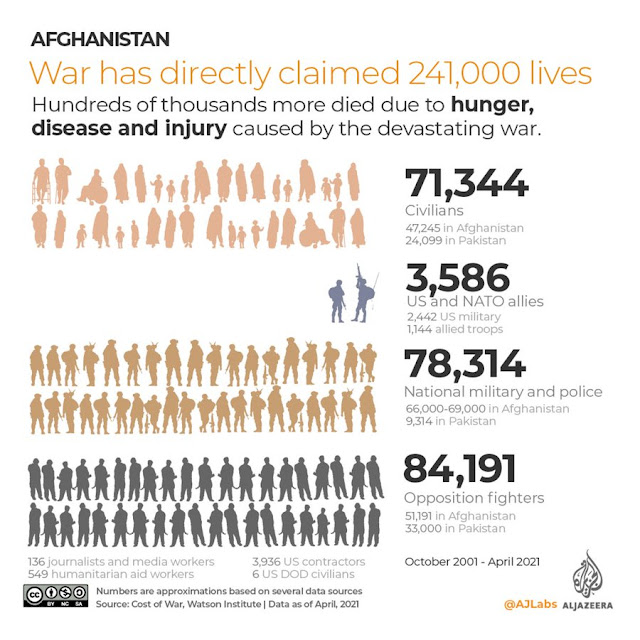