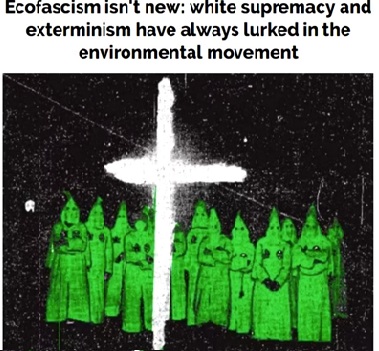 Our blog highlighted the dishonest propaganda attempts by the right-wing to use our environment crisis to scape-goat migrants, here, here and here.

The Guardian carries another similar story.

Mark Brnovich, Arizona’s Republican attorney general, in a lawsuit demands the reinstatement of Donald Trump’s immigration policies to help remedy the “pollution and stress on natural resources” caused by migrants who move to the US.

Another, the Negative Population Growth, launched a campaign aimed at the “complete elimination of illegal and quasi-legal immigration and reduction of current legal immigration by 80%” in order to slash planet-heating emissions.

Betsy Hartmann, an academic at Hampshire College who specializes in the environment and migration, said she was “very concerned this will be used by far-right groups to fuel hatred. It has become a sort of conventional wisdom now, which poses a real danger.”

In the US, the most prominent voices linking environmentalism with anti-immigration has been the web of groups dubbed the Tanton network, named after John Tanton, an ophthalmologist from Michigan who was once active in the Sierra Club and died in 2019. The Center for Immigration Studies, one of these groups, has welcomed Brnovich’s lawsuit.

France’s far-right National Rally party has declared that “borders are the environment’s greatest ally; it is through them that we will save the planet”.  In Germany, the anti-immigration party Alternative for Germany has warned the country’s environment faces “a great danger” if it allows in more migrants.

According to some scientists, blaming migrants for the unfolding climate and biodiversity crises stokes resentment and obscures more important causes such as overconsumption by the world’s wealthiest 10%  who produce around half of all consumption-based emissions, while the poorest half of humanity contributes only 10% – and the entrenched power of fossil fuel companies and their political allies.

Environmental groups have now largely moved away from talking about overpopulation to focus on these other themes. “In the environmental community, it has become a bit of a third-rail issue. It’s very difficult to talk about,” said Dale Jamieson, a professor of environmental studies and philosophy at New York University. Jamieson added: “But if you’re trying to hang environmental concerns on to an anti-immigration agenda, that is so transparent, it’s just not sincere.

He goes on to explain that “When it comes to problems like climate change, nationalism is the problem, not the solution. Ecological boundaries do not care about national boundaries so trying to solve climate change within one nation-state is not an effective way of doing things.”

Posted by ajohnstone at 5:01 am