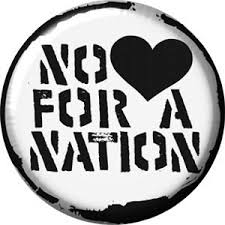 Informal collaboration between countries has prevented thousands of women, men and children from seeking protection in Europe this year, according to a report released by nine human rights organisations. The Protecting Rights at Borders (Prab) initiative has recorded 2,162 cases of “pushbacks” at different borders in Italy, Greece, Serbia, Bosnia-Herzegovina, North Macedonia and Hungary carried out on the basis of bilateral agreements between countries, which resulted in them circumventing their responsibilities and pushing unwanted groups back outside the EU.

Prab, which includes the Danish Refugee Council (DRC), Italy’s Association for Juridical Studies on Immigration (ASGI) and Diaconia Valdese (DV), the Hungarian Helsinki Committee and others, said that “over a third of pushbacks were accompanied by rights violations (denial of access to asylum procedure, physical abuse and assault, theft, extortion and destruction of property), at the hands of national border police and law enforcement officials”.

Prab said that “chain pushbacks through different EU member states are occurring entirely outside of formally established mechanisms and aim to circumvent their obligations under European and international human rights law”.

Prab said its report was “the tip of the iceberg”, as many rights violations were likely to go unreported.

Charlotte Slente, the DRC secretary general. “It goes without saying that states must stop the violence and these illegal practices, and perpetrators must be held accountable.

The report comes as Greece was also singled out for criticism on Wednesday with Europe’s top human rights watchdog urging a halt to the practice of pushing back migrants at the land and sea borders it shares with Turkey. The Council of Europe’s commissioner for human rights, Dunja Mijatović, said it was incumbent on Athens’ centre-right government to properly investigate the pushbacks.

“I am deeply concerned that, two and a half years later, allegations of pushbacks persist,” she wrote, referring to an initial visit in which the issue had been raised. The way in which these operations are reportedly carried out would clearly be incompatible with Greece’s human rights obligations.” The commissioner said that, all too often, the official reaction of Greek authorities was to simply dismiss the charges, despite what she described as “the overwhelming body of evidence that has been presented in recent years”.

Posted by ajohnstone at 6:41 pm