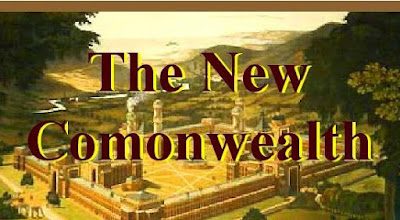 Only when the working people in the world have the power in their own hands can we realise the cherished cooperative commonwealth.

Technological progress is now reaping vast profits for the industrial and financial oligarchy and condemning millions to misery.

Reformists put off the cooperative commonwealth and prolong the suffering of the world’s disinherited. The World Socialist Movement (WSM) points out the economic basis upon which democracy must stand in order to achieve liberty. It proclaims all liberty to rest back upon economic liberty, and all individuality to be rooted in economic unity. It affirms that there can be no liberty save through association; no true commonwealth save a cooperative commonwealth. It makes clear that democracy in the state is but a fiction, unless it be realised through economic democracy in production and distribution.

Workers when they become socialists do not become different from the rest of the working class. Their change in thought is an evidence of gradual transformation in the working-class movement. They remain of the workers, struggling with them for emancipation. The WSM of to-day cannot bring socialism. The co-operative commonwealth will be inaugurated by the mass action of the workers. To assert the contrary is a denial of the cardinal principle of socialism – “That the emancipation of the working classes must be conquered by the working classes themselves.”  If we stand for brotherhood, we must act like brothers and sisters. If we stand for the cooperative commonwealth, then let us begin to cooperate among ourselves. Let us give trust, and we shall receive trust. Let us show confidence in one another, and we shall receive confidence. Divided by strife and suspicion, we fail the world’s disinherited. United by patience, by goodwill and brave comradeship, we shall conquer the world and make it a fit place for free men and women  to live in. There is no power in capitalism that can prevent the consummation of a united and harmonious socialist movement in the cooperative commonwealth.

The socialist parties of the WSM will not rest content until it has eradicated capitalism and established the socialist cooperative commonwealth. We are well aware that socialism is a term little understood by the world at large, and that it is everywhere a target for denunciation by the media of the plutocracy. When analysed it means a more equitable distributions of the products of labour; cooperation instead of competition; common ownership of land and all the means of production and distribution. It proclaims the coming of the cooperative commonwealth to take the place of wage slavery. The present economic system is not only a failure, but a colossal crime. It robs, it degrades, it starves; it is a foul blot upon the face of our civilisation; it promises only an increase of the horrors which the world deplores. There is no hope for our fellow-workers except by the path mapped out by socialists, the advocates of the cooperative commonwealth. In socialism, private ownership, the exchange economy (and barter) being at an end, money would lose the functions which it possessed under capitalism and would be abolished as will the wages system. Humanity will then be emancipated from the horrible thraldom which a soulless moneyed oligarchy has forced upon it.

We ask our fellow-workers to organise with us to end the domination of private property— with its poverty-breeding system of unplanned production — and substitute in its place the socialist co-operative commonwealth in which every worker shall have the free exercise and full benefit of his or her faculties, multiplied by all the modern technological wonders of the modern world.

We are ready to conquer capitalism by making use of our political liberty and by taking possession of the public power, so that we may put an end to the present barbarous class exploitation  by the abolition of capitalism and turning all of the land, and of all the means of production, transportation, and distribution, into the property of all people as a collective body, and the substitution of the cooperative commonwealth for the present state of unplanned production, and social disorder — a commonwealth which, although it will not make every man and women equal physically or mentally, will give to every worker the free exercise and the full benefit of his and her faculties, multiplied by all the modern factors of civilisation and ultimately inaugurate the universal brotherhood of mankind.

A class-free socialist commonwealth cannot be attained without the overthrow of the rule of capitalism. It is an illusion that it can be built up alongside and within capitalist society.  There can be very little gained by socialists trying to administer the capitalists’ political machinery; that this machinery is especially adapted to fit the necessity of the ruling class. A socialist official is powerless to do more than the machine permits, and the machine permits practically nothing. If socialism is simply going to be another system of exploitation it can easily graft on the old tree, as has its predecessors. But if it is to usher forth the triumph of a new era, the final capture, and overthrow of the master class and the establishment of an entirely new principle in production.

The Socialist Party and its companion parties aims at the entire emancipation of the workers from the mastery of the capitalist system via the ballot box, not for the enactment of palliative reforms under capitalism but for the immediate establishment of a co-operative commonwealth, that is, in fact, the emancipation of the whole wage-slave class.

We must overthrow the capitalist system, and establish in its place the Socialist Cooperative Commonwealth of the World. The social system of to-day does not assure or guarantee that the world’s inhabitants shall be amply fed, with adequate healthcare  and properly housed to suit human needs. Based on the private ownership of the means of life, capitalism exists simply for the benefit of those who live on “Rent,” “Interest” and “Profit.” So long as we continue to tolerate this system of private ownership and production for profit, so long will the needs of humanity be disregarded. Socialism will  free Mankind  from  age-long bondage of wage-slavery. Socialism, alone, being based on a splendidly firm economic basis, can assure humanity of a perfect foundation for the Socialist Cooperative Commonwealth. 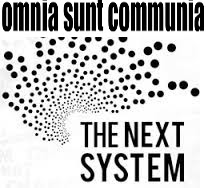 Posted by ajohnstone at 2:53 am