The Billionaires get richer 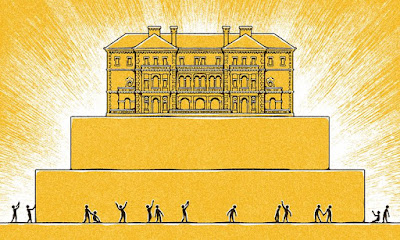 The combined wealth of billionaires in Britain grew by more than one-fifth.

The richest person is Sir Len Blavatnik.  He increased his wealth by £7.2bn during 2020. The increase in Blavatnik’s £23bn over the past 12 months was mainly down to his investment in the Warner Music record label, which floated on New York’s Nasdaq stock market in June.  In the US, Blavatnik mainly gave to Democratic politicians before 2014, but his spending then shifted to the right, with donations of millions of dollars to Republican causes and a $1m donation to Donald Trump’s inaugural committee.  He owns a mansion in Kensington Palace Gardens that has been valued at £200m.

Property magnates, David and Simon Reuben, were listed as Britain’s second-wealthiest, with a combined fortune of £21.5bn.

Rupert Murdoch, the owner of the Sunday Times and other media interests, was not included on the basis that he is based in the US, but his $23.5bn fortune, according to Forbes, would have placed him third.

The gains reaped by the billionaire class came in a year that the government was forced to step in to pay the wages of millions of Britons, funded by borrowing unprecedented in peacetime. At the same time governments and central banks have stepped in with huge fiscal and monetary interventions that have sustained, and in many cases added to, the fortunes of the wealthy.