Working long hours is killing hundreds of thousands of people a year in a worsening trend the World Health Organization said.

"Working 55 hours or more per week is a serious health hazard," said Maria Neira, director of the WHO's Department of Environment, Climate Change and Health

The joint study, produced by the WHO and the International Labour Organization, showed that most victims (72%) were men and were middle-aged or older. Often, the deaths occurred much later in life, sometimes decades later, than the shifts worked.

The study - drawing on data from 194 countries - said that working 55 hours or more a week is associated with a 35% higher risk of stroke and a 17% higher risk of dying from ischemic heart disease compared with a 35-40 hour working week.

Long working hours are a killer, WHO study shows | Reuters 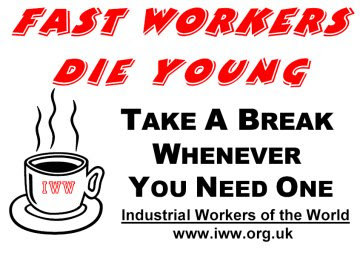