Humanity or the working class? The Turner Controversy Revisited 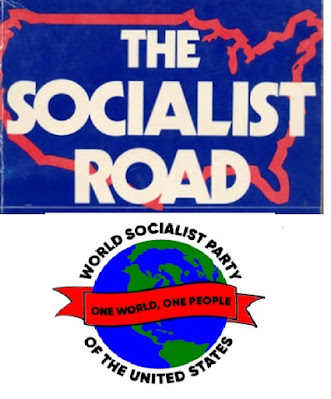 Tony Turner, renowned for his eloquence as a public speaker, was a member of the Socialist Party of Great Britain from 1931 to 1955, when he resigned in order to end a bitter internal conflict over his controversial views.

The name of Tony Turner figures not only in SPGB folklore but also in my family history. My uncle Alan was in the SPGB at that time. Like many other party members, he avoided conscription as a Conscientious Objector with the help of Tony Turner (while too young to fight in World War Two, he still faced National Service, which continued until 1960). To quote from Stan Parker’s ‘mini-biography’ of Tony Turner:

He appeared at the Fulham Conscientious Objectors Tribunal … to plead the case of many members before Justice Hargreaves. The judge very early on became satisfied simply with an assurance from Tony that the person was a bona fide member for their exemption to be granted. The Services didn’t really want socialists upsetting the rest of the lads.

The first postwar decade was the SPGB’s heyday, with membership rising to 1,200. The SPGB benefited from the optimistic left-wing trend in society that gave the Labour Party a landslide victory in 1945 and enabled it to enact a series of social reforms, the most significant being the creation of the National Health Service. But the party’s advance also owed something to the popular appeal of Tony Turner.

In the early 1950s, however, an internal conflict over socialist theory tore the party apart. Tony Turner advocated an approach to socialism as the cause of all humanity and denied any special connection between socialism and the working class. This approach was difficult to reconcile with the Declaration of Principles adopted by the SPGB at its founding in 1904, which follows Marx in viewing socialism as an outcome of the struggle of the working class. Tony Turner felt obliged to leave the party in 1955, and many of his sympathizers left with him.

The Turner Controversy remains relevant because the ambiguity with which Turner and his opponents wrestled has deep roots in socialist thought. On the one hand, socialists have indeed always aspired to a classless society that will be better for everyone, for the entire human community. On the other hand, the working class, as the class directly exploited and oppressed by the capitalist class, surely does have a special interest in its own emancipation – that is, in socialism.

The period of the Turner Controversy corresponds to the first half of the period during which the SPGB published an internal discussion journal by the name of FORUM. Although all 43 printed issues of FORUM are available on this website (here), their contents are of limited value for an appreciation of Turner’s thought. Tony was in his element on the soapbox, not in the study. He wrote very little. He contributed only one quite short article to FORUM – ‘A Working Class Party – Or a Party Working for Socialism?’, No. 17, February 1954, p. 5 – and it takes the rather awkward form of a list of 25 ‘propositions.’ True, we have plenty of articles by his opponents in which Turner is alleged to have said this or that on one or another occasion, but we have no way of verifying exactly what he said, let alone what he meant.

Let me then reproduce what seem to me Turner’s most important ‘propositions’ (some I have shortened, but without changing the basic meaning):

[1] Socialism is in the interest of every human being throughout the entire world.

[9] Socialism alone … can give complete expression to social interests.

[12] A socialist party is not a class or group party.

[14] A socialist party does not appeal to any class or group as such. It appeals to mankind…

[20] A socialist party cannot aim at gaining control of the governmental machinery. [It] relies on socialist understanding, not law and armed force.

[23] Socialists do not talk, or write about, or organize for, Socialism as capitalists or workers, as black or white people, or on the basis of sex, but as human beings understanding and wanting Socialism.

One point that is absolutely crucial, though Turner himself does not stress it: he draws a distinction between different kinds of ‘interests.’ In Proposition 5 he accepts a class approach to ‘economic’ interests, by which he presumably means monetary interests. Such interests, however, are meaningful only within capitalism. There cannot be a monetary interest in establishing socialism, because socialism abolishes money. The interests to which socialism gives complete expression are ‘social’ interests; elsewhere he calls them ‘human’ interests. These non-economic interests already exist in capitalism, but capitalism can give them only partial expression.

The interest referred to in Proposition 1 must therefore be a ‘social’ or ‘human’ interest. Everyone, including capitalists, does indeed have a social or human interest in socialism, because everyone depends on society, everyone is a human being. Most capitalists, however, have at most a weak awareness of their social or human interest, being concerned mainly with their economic interest. They wish to keep their wealth, status, and privileges and dread the prospect of losing them. It is in this sense that the interests of the capitalist class and of the working class are – as Clause 7 of the Declaration of Principles says – diametrically opposed.

To illustrate the divergent meanings that people attach to the word interest, consider the way of life of a typical billionaire. She (or he) lives in the lap of luxury, with obsequious lackeys at her beck and call, ready to cater to her every whim. Surrounded by adulation, she never hears even a whisper of disapproval or disagreement. Probably she is quite content with this arrangement. She perceives it to be in her interest. An idealistic critic, however, would argue that it is actually doing her great harm — corrupting her character, spoiling her taste, narrowing her vision, impeding full development of her capabilities – not, therefore, in her ‘real’ – i.e., human – interest at all.

A common interest in survival

Nowadays the social or human interest is even more compelling, and diverges even more sharply from the economic interest of the capitalist class, as a result of the emergence of weapons of mass destruction and the ecological crisis. There is now a very material sense in which all people share a common interest in socialism as the sole means of ensuring the survival of the human race. This was already clear to perceptive observers in the 1950s, although there is no sign of this theme in the debate between Turner and his opponents.

Unfortunately, the common interest in human survival does not eliminate the difference between the social interest of humanity and the economic interest of the capitalist class. The interest in human survival is a relatively long-term interest, while capitalists tend to focus on the short term. This tendency was reflected in a famous riposte that the economist John Maynard Keynes once made to an argument about the long term: ‘In the long run we are all dead.’ In other words, who cares about future generations?

In the short term it is members of the working class who bear the brunt of environmental degradation, while those most responsible for it are the best protected from its effects. It is working class areas that are exposed to chemical and radioactive pollution from mining operations, factories, toxic waste dumps and other sources. The capitalists maintain their country estates in idyllic, unspoiled surroundings – although even they cannot escape the ultraviolet rays that penetrate through holes in the ozone layer. In the imaginary future world of Alexander Zinoviev’s The Human Anthill, nature survives only in small enclaves that people must pay to enter, the price being beyond the reach of all but the wealthy.

In several very important senses, therefore, socialism is indeed, as Tony Turner declared, in the interest of every human being. In other senses socialism remains above all in the interest of the working class. To a considerable extent it is both possible and desirable to reconcile and combine Turner’s ‘human approach’ with the traditional Marxian ‘class approach’ set out in the SPGB’s Declaration of Principles. Any difference that remains after such an effort can surely be tolerated by comrades sincerely pursuing the same goal. Even at the time of the controversy, as Ken Smith remarks in his obituary of Tony Turner, ‘many members felt the difference should have been containable in a party seeking world revolution.’

Granting that Turner’s opponents had valid points to make, it is depressing to read the harsh and sometimes personally insulting language in which he was lambasted. Perhaps we can at least learn something from this sad episode in the history of the World Socialist Movement.

For a longer account of the controversy, taken from Robert Barltrop, The Monument: The Story of the Socialist Party of Great Britain (Pluto Press, 1975; now rare), see here.

Humanity or the working class? The Turner Controversy Revisited | World Socialist Party of the US (wspus.org)
Posted by ajohnstone at 4:34 am

Interesting article but it just reinforced my long held view that Turner (and others) were wrong and the likes of Hardy, D'Arcy, Young and Wilmott were right and vindicated by events as they unfolded in the 50s and 60s.