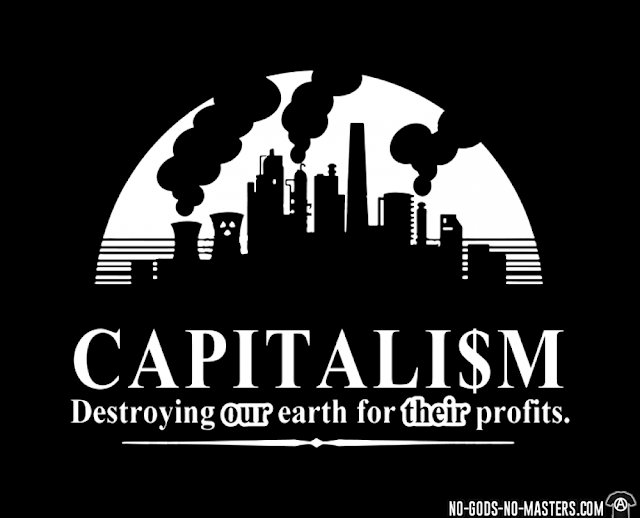 Tariq Fancy was responsible for sustainable investing at BlackRock, the world’s largest asset manager, and its environmental, social and governance (ESG) corporate policies across the investment giant’s portfolio. He was part of the effort to turn Wall Street “green”. His informed conclusion: “This is definitely not going to work.”

“I have looked inside the machine and I can tell you business does not have this,” Tariq explains. “Not because these are bad people but because they run for-profit machines that will operate exactly as you would expect them to do.”

BlackRock manages about $7tn in assets and, with one of Wall Street’s biggest voices sounding the alarm about the need to deal with the climate crisis, a business leader  that has given many people, including investors, activists and academics, hope that after years of backing polluters, Wall Street was finally stepping up to confront the climate crisis.

But for Fancy, a former investment banker who has direct experience, such an aspiration contain a fundamental flaw: the climate crisis can never be solved by today’s free markets.

“It’s not because they are evil, it’s because the system is built to extract profits,” he said.

Investors have a fiduciary duty to maximise returns to their clients and as long as there is money to be made in activities that contribute to global warming, no amount of rhetoric about the need for sustainable investing will change that.

“In many cases it’s cheaper and easier to market yourself as green rather than do the long tail work of actually improving your sustainability profile. That’s expensive and if there is no penalty from the government, in the form of a carbon tax or anything else, then this market failure is going to persist.”

The amount of money that poured into sustainable investment through vehicles like exchange traded funds (ETFs) hit record levels last year. It’s a trend Fancy believes could continue for years and still have zero impact on climate change because “there is no connection between the two things”.

Moving money to green investments doesn’t mean polluters will no longer find backers. The argument is similar to that of divestment, another strategy Fancy says doesn’t work. “If you sell your stock in a company that has a high emissions footprint, it doesn’t matter. The company still exists, the only difference is that you don’t own them. The company is going to keep on going the way they were and there are 20 hedge funds who will buy that stock overnight. The market is the market."

He points out, “I don’t think the public realizes we are not talking about stopping climate change. We are literally talking about selling assets so we don’t get caught up in the damage when it hits.” Business knows this, Fancy said.

A survey of 250 senior executives supports Fancy’s point. About 64% of the executives surveyed in a recent poll commissioned by British lender Standard Chartered said they “believe the economics of operating as a net-zero [carbon emissions] organization do not stack up for their company”.

Under the current system the costs, says Fancy, are simply too high and the benefits of conducting business as usual are too great. A 2019 Morgan Stanley study found that getting to net zero by 2050 will cost $50tn.

Tariq Fancy is no socialist and trusts government intervention in the free market by carbon taxing will be a solution. Such faith in the capitalist system is not shared by ourselves.