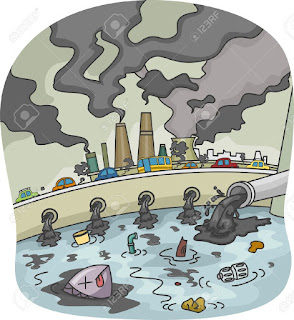 The effects of burning large amounts of coal, oil and gas from factories, cars and other sources has long been evident. From the 1960s a mass of historical documents from corporate archives at libraries in the US and Canada, scientific journals and paperwork released in legal cases shows the oil industry had begun to grasp the damage to health caused by the burning of fossil fuels.

“The response from fossil-fuel interests has been from the same playbook – first they know, then they scheme, then they deny and then they delay,” said Geoffrey Supran, a researcher at Harvard University who has studied the history of fossil-fuel companies and climate change.

In an internal technical report in 1968, Shell went further, warning that air pollution “may, in extreme situations, be deleterious to health” and acknowledging the oil industry “reluctantly” must accept that cars “are by far the greatest sources of air pollution”.

In 1971, Esso, a forerunner to Exxon, sampled particles in New York City and found, for the first time, the air was rife with tiny fragments of aluminum, magnesium and other metals. Esso scientists noted that gases from industrial smokestacks were “hot, dirty and contain high concentrations of pollutants” and suggested further testing was needed for symptoms including “eye irritation, excess coughing, or bronchial effects”.

By 1980, Imperial Oil had outlined plans to investigate incidences of cancers and “birth defects among industry worker offspring.” Esso experts, meanwhile, raised the “possibility for improved particulate control” in new vehicle designs to reduce the emission of harmful pollution.

Following a further major report in 1993, known as the Harvard “six cities” study, which found air pollution was spurring deaths from heart disease and lung cancer, pressure began to mount on the US Environmental Protection Agency to set pollution limits for the smallest particles, known as PM2.5 as they measure less than 2.5 micrometers across, or about a 30th of the diameter of a human hair.

Arden Pope, an air pollution expert at Brigham Young University who said he got a “lot of pushback” from industry over his work, which includes the six cities study. “But the evidence has grown dramatically and, boy, it’s just hard to deny now,” he said. It’s overwhelming.”

The American Petroleum Institute (API), a US oil and gas industry group, promptly told a congressional hearing in 1997 the link between air pollution and mortality was “weak”, before Exxon pushed out its own study claiming “there is no substantive basis” for believing PM2.5 was causing more deaths.

This undermining of air-pollution science is likened by some researchers to efforts by tobacco companies to muddy the connection between cigarette smoking and cancer.

“The fossil-fuel industry was sowing uncertainty to maintain business as usual, and in all likelihood they were collaborating with other groups, such as the tobacco industry,” said Carroll Muffett, chief executive of the Center for International Environmental Law. “When you look at these historical documents in context it becomes clear that the oil and gas industry has a playbook they’ve used again and again for an array of pollutants. They used it around climate change but absolutely we are seeing it around PM2.5 as well. It’s the same pattern.”

Undeterred, oil and gas interests have sought to stymie tighter standards on air pollution while mobilizing an effort to cast doubt over this science. A gathering called by the Heartland Institute, a conservative thinktank, in 2006 on clean-air rules helped set the tone – two speakers were from Exxon and the title of one session was “Uncertainty of NAAQS (National Ambient Air Quality Standards) Health Science”.

Industry-funded consultants published studies disputing the link between emissions and deteriorating health or simply disparaged the work of other researchers. “Their goal is to undermine the scientific method, science itself,” said  George Thurston, an environmental health expert at New York University who co-authored a landmark 1987 study that found the smaller particles were far more deadly than larger fragments that could be coughed out.

Exxon has told the EPA that estimating a risk of death from particulate matter is “unreliable and misleading” while, in 2017, API demanded the agency relax standards around nitrogen dioxide – a pollutant linked to asthma in children and higher mortality in adults from heart disease and cancer – claiming there was no proven association with harm and existing rules were “more stringent than necessary.”

The industry’s approach bore fruit during Donald Trump’s administration, where senior executives from Exxon, Chevron, Occidental Petroleum and API met the then-US president in the White House. A cavalcade of clean air regulations were scaled back, such as rules to limit pollution from cars and trucks, while a so-called “transparency” rule for science risked invalidating studies based on confidential medical data, which is vital for bedrock air pollution research. Last year, in the midst of an historic pandemic of respiratory disease, Trump’s EPA decided to not strengthen standards around fine soot particles. Under Trump, Tony Cox, a researcher who received funding from API and allowed the lobby group to copy edit his findings, was named as chairman of a key EPA clean air advisory board. Cox, whose previous work has questioned the harm caused by particulates, accused EPA experts of bad science and subjectivity when they found that particles can be deadly even in low concentrations.

Right now, the residents of St James Parish, located in the heart of what is known as "cancer alley" in Louisiana are desperately resisting the operations of a petrochemical complex. In 2019 it was found that the air around the site has more cancer-causing chemicals than 99.6 percent of the country’s industrialized areas.

Resident of St James Parish accuse the state’s leading Democrats, specifically Gov. John Bel Edwards and former Rep. Cedric Richmond, of ignoring those in Cancer Alley and refusing to protect them from deadly pollution. Despite the Environmental Protection Agency recognizing there are elevated cancer risks in the area, Louisiana authorities have done little to enforce environmental regulations and elected officials who represent St. James have been largely silent about the deaths and those dying in Cancer Alley.

Posted by ajohnstone at 9:55 am