Can we protect trees? 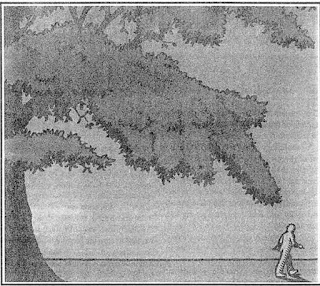 Rising imports in wealthy countries of coffee, cocoa and other products are a "growing threat" to forests in tropical regions according to a new study by the Research Institute for Humanity and Nature in Kyoto. This study looked at the global deforestation picture over the years between 2001 and 2015 using high-resolution forest maps and a global supply chain models.

Consumer behaviour in the rich nations is responsible for the loss of almost 4 trees per person per year, while consumers in India and China are responsible for the loss of around one tree per person per year. In the Amazon, central Africa, Indonesia and parts of Asia, growing numbers of trees have been cut down in recent decades so farmers can grow commodity crops like soybeans, and graze cattle for beef.

Tropical forests are home to between 50-90% of all terrestrial plants and animals. Among the world's forests, trees growing in tropical areas are said to be the most valuable in protecting species and limiting global heating. They are also critical for the climate, soaking up and storing vast amounts of carbon dioxide.

Cocoa consumption in Germany poses the highest risk to forests in Cote D'Ivoire and Ghana, in Tanzania it's the demand for sesame seeds among Japanese consumers that's a key driver. Demand in China is responsible for deforestation in Northern Laos as land is cleared for rubber plantations.

"This figure shows that the consumption of developed countries and the G7 in particular is destroying the world's forests, the planet's lung, and their biodiversity," said Adeline Favrel, from France Nature Environment, who was not involved with the study. "Our consumption is not destroying our forests, but the forests of other countries, particularly the tropical forest, which is the richest in terms of biodiversity. The main culprits are our consumption of wood, meat, palm oil and soya."