Our Outlook is Bleak and Stark 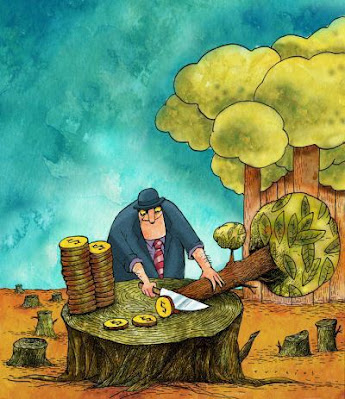 Fatih Birol, the executive director of the International Energy Agency (IEA),  one of the world’s leading energy economist, warned most of the world’s biggest economies have long-term goals of reaching net zero by mid-century, but few have the policies required to meet those goals. Economies are rapidly gearing up for a return to fossil fuel use instead of forging a green recovery from the Covid-19 pandemic.

IEA’s latest figures show global coal use was about 4% higher in the last quarter of 2020 than in the same period in 2019, the clearest indication yet of a potentially disastrous rebound in the use of the dirtiest fossil fuels, following last year’s lockdowns around the world when emissions plummeted.

“We are not on track for a green recovery, just the opposite. We have seen global emissions higher in December 2020 than in December 2019. As long as countries do not put the right energy policies in place, the economic rebound will see emissions significantly increase in 2021. We will make the job of reaching net zero harder.”

In regards to nationally determined contribution (NDC), plans for cutting emissions strongly in the next 10 years, Birol explained, “NDCs should be ambitious, credible, accountable and backed with credible energy policies. The US’s current NDC is not ambitious enough, and not in line with the US leading an international climate campaign.”

“It will not be possible to reach our climate goals if SUV sales continue at these rates,” he said. “We must either change the technology, to electric vehicles, or change tax policies to provide financial disincentives to consumers to go for the SUV option.” In the UK  greenhouse gas emissions from cars had declined by only 1% since 2011, largely as a result of the widespread switch to SUVs.

A small group taking a large proportion of flights, while many people do not fly at all frequent flyers cause most of the climate damage resulting from aviation’s emissions. In the US, 12% of people took 66% of all flights, while in France 2% of people took half of the flights, the report says. In China 5% of households took 40% of flights and in India just 1% of households took 45% of all the flights. It was already known that 10% of people in England took more than half of all international flights in 2018. A global study reported by the Guardian in November found that frequent-flying “super emitters” who represent just 1% of the world’s population caused half of aviation’s carbon emissions in 2018. Almost 90% of the world’s population did not fly at all that year.

Prominent scientists and lawyers have said the UK government ignores the Paris climate agreement when deciding on major infrastructure projects. The experts – including the former Nasa scientist Jim Hansen, the former UK government chief scientist Sir David King and the economist Prof Jeffrey Sachs – have written to ministers and the supreme court about a recent ruling that the government need not take the UK’s obligations under the treaty into account when setting policy.

Posted by ajohnstone at 9:59 am