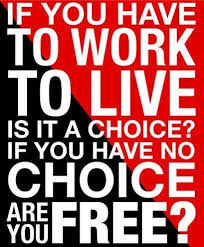 A standoff between British Gas  and the GMB trade union will come to a head on 1 April, when scores of the engineers responsible for servicing and repairing office and home boilers will be forced to accept longer working hours or lose their jobs entirely. Hundreds of engineers could be dismissed in this bitter nine-month long "fire and rehire" battle.

British Gas set out the fire and rehire plans last summer to “streamline” its employment contracts and increase productivity. Trade unions said the plan amounted to “bullying” by threatening to “set fire to jobs, terms and conditions”.“For the last nine months it has been the first thing I think about when I wake up, and the last thing I think about when I go to sleep. The pressure we’re under is terrible,” says one veteran British Gas engineer. “Honestly, it’s made me ill. It’s made everybody ill. We just can’t understand how badly we’ve been treated – why?”

This strike was not about money, it was about time. Under the new terms, full-time engineers would be required to work an extra three hours a week, 40 hours in total, and would not be paid a higher rate to work when required on weekends and public holidays.

“A kick in the teeth is probably the best way to put it,” says Ciara Arrowsmith, 37, who resigned from British Gas in protest last month after 13 years as a service and repair engineer. “It just became a really toxic atmosphere. I felt completely betrayed and it wasn’t good for my mental health. I had to go on to medication..."

For workers at British Gas, faced with a choice between working for less and unemployment, there are less than three days left to decide.

‘A kick in the teeth’: British Gas engineers face losing their jobs or longer working hours | Centrica | The Guardian

Posted by ajohnstone at 2:35 pm