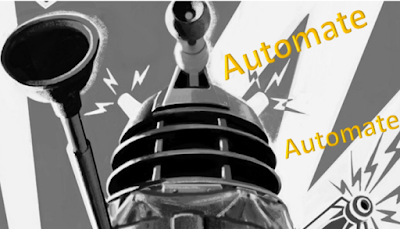 The New York Times reports that a survey of executives last year found that nearly 80% of them have already put some forms of RPA in place, with an additional 16% planning to do so within three years.

Sales of the new-age automation software are booming, turning little-known providers like UiPath and Automation Anywhere into multibillion-dollar businesses intent on radically shrinking the job market here and elsewhere.

CEOs are speeding up the adoption of highly advanced RPAs to replace employees once assumed to be immune from displacement. As one analyst told a New York Times reporter, "With R.P.A., you can build a bot that costs $10,000 a year and take out two to four humans."

The nationwide pandemic shutdown of offices and furloughing of employees has caused misery for millions, yet one purveyor of RPA systems approvingly notes that it has "'massively raised awareness' among executives about the variety of work that no longer requires human involvement." His firm advises corporate bosses that half to two-thirds of all the tasks being done at their companies can be done by machines.

McKinsey, the world's biggest corporate strategy consultancy, calculated in 2019 that the emerging revolution of thinking robotics would displace 37 million U.S. workers by 2030.

Now, seeing the current corporate stampede to impose RPAs on U.S. workplaces, McKinsey analysts have upped their projection to 45 million job losses by 2030.

Opinion | Robots Are Coming for Millions of Blue-Collar Jobs (commondreams.org)