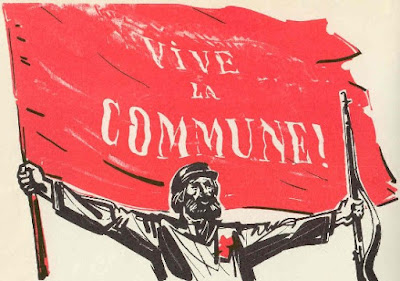 The Paris Commune was a radical  and revolutionary movement that took charge of Paris from 18 March to 28 May 1871 when the Franco-Prussian War led to the collapse of the Second French Empire. The Commune refused to accept the authority of the new Third Republic government. The Communards controlled Paris for two months, until it was eventually suppressed in "The Bloody Week” beginning on 21 May 1871.

Marx celebrated the Paris Commune of 1871 on the grounds that it was ‘a Revolution against the State itself’.

Some so-called Marxists insist that Marx and Engels opinion about capturing the State changed with the Paris Commune and will frequently quote from ‘The Civil War in France’:

“[The Paris Commune]... had shown that the working class cannot simply lay hold of the ready-made state machinery, and wield it for its own purposes”

But Engels specifically points out specifically that this quote “is simply a question of showing that the victorious proletariat must first refashion the old bureaucratic, administrative centralised state power before it can use it for its own purposes.”

This, for instance, is what Marx write about the Paris Commune of 1871:
"The Commune was formed of the municipal councillors, chosen by universal suffrage in the various wards of the town, responsible and revocable at short terms  . . . Instead of continuing to be the agent of the Central Government, the police was at once stripped of its political attributes, and turned into the responsible at all times revocable agent of the Commune. So were the official of all other branches of the Administration…Like the rest of public servants, magistrates and judges were to be elective, responsive and revocable"

The Commune was an instance of majority control based upon democratic elections. There was no suppression of the newspapers or the propaganda of the minority, and no denial of their right to vote. The Communards, having once obtained control of the State, set about democratising the machinery of legislation and administration. For example, they filled all positions of administration, justice, etc., through election by universal suffrage, the elected being at all times subject to recall by. their constituents. They also paid for all services at the workmen’s rate of pay. This was an example of the “dictatorship of the proletariat.”

Marx and Engels never possessed any contempt for democracy. They did not wish to destroy it, but on the contrary sought to enlarge and perfect it.

Engels in his introduction to the 1891 edition of Marx’s Civil War in France: it was a ‘new and truly democratic’ form of government. It showed how the ‘transformation of the state and the organs of the state from servants into masters of society – an inevitable transformation in all previous states’, could be avoided. And the means, it is interesting to note, were:

(i) ‘election on the basis of universal suffrage of all concerned, subject to the right of recall at any time, by the same electors’ of all administrative, judicial and educational officials;

(ii) ‘an effective barrier to place-hunting and careerism’ by reducing the wages of the high officials to the level of those of the workers. 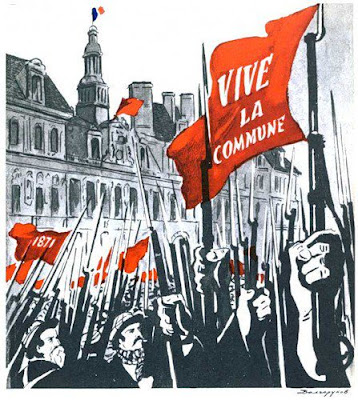