Covering up the abuse 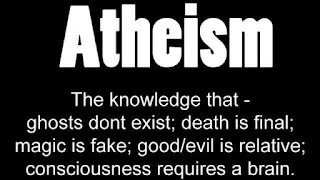 The Catholic church is telling newly appointed bishops in a training document that “According to the state of civil laws of each country where reporting is obligatory, it is not necessarily the duty of the bishop to report suspects to authorities, the police or state prosecutors in the moment when they are made aware of crimes or sinful deeds,” that it is “not necessarily” their duty to report accusations of clerical child abuse, and that only victims or their families should make the decision to report abuse to police. The special commission created by Pope Francis, the Pontifical Commission for the Protection of Minors, had appeared to play no role in the training programme, even though it is supposed to be developing “best practices” to prevent and deal with clerical abuse. The committee’s position is that reporting abuse to civil authorities was a “moral obligation, whether the civil law requires it or not”.

The training guidelines were written by a controversial French monsignor and psychotherapist, Tony Anatrella, who serves as a consultant to the Pontifical Council for the Family. The French monsignor is best known for championing views on “gender theory”, the controversial belief that increasing acceptance of homosexuality in western countries is creating “serious problems” for children who are being exposed to “radical notions of sexual orientation”. The guidelines reflect Anatrella’s views on homosexuality. They also downplay the seriousness of the Catholic church’s legacy of systemic child abuse.

SNAP, a US-based advocacy group for abuse said the news proved that the church had not substantially changed.  “It’s infuriating, and dangerous, that so many believe the myth that bishops are changing how they deal with abuse and that so little attention is paid when evidence to the contrary – like this disclosure by Allen – emerges,” the group said in a statement.