Who pollutes the water?

The Department of Defense (DOD), is the third largest water polluter in America, having dumped some 63,335,653 pounds of poison into waterways from 2010-2014. Amongst the many potentially deadly substances released by DOD are chemicals, rocket fuel and toxic sewage - but it's the carcinogenic and mutagenic radioactive isotopes let loose by its nuclear munition plants that make DOD's emissions exceptionally dangerous. The Department's myriad facilities, dedicated steadfastly to perpetuating ongoing participation in the nuclear bomb game, have been leaking and leeching lethal radiation from the dawn of the nuclear age, to the present day. 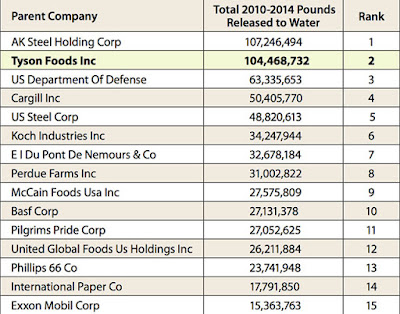