It is us and them

The 1% elite worked have trouble believing that others cannot be as successful as they are. The cannot accept that money, fame and power are not always motivators they are claimed to be.

Most rich people only spend time with others in the same high income bracke and so they may be oblivious to the economic pain of the poor and the middle incomed. Their offspring aren’t saddled with huge college debts; they aren’t deciding whether or not to have a medical procedure because of a $5,000 insurance deductible; they weren’t forced to take a job at a much lower salary than the one they held before being laid off; and they probably aren’t worrying how they’ll survive in retirement on meager savings and Social Security. Real household income (adjusted for inflation) has declined in the years between 2000 and 2015. In 2011, it even dipped as much as $5,000 below 2000 levels (though it has rebounded from that lowest point). Most people lack any sense of job security, let alone hope for improved income. The 1% live a comfortable, safe life, they don’t feel the frustration experienced by the less lucky when dealing with the daily hassles of under-funded schools, lousy public transport, environmental hazards and crumbling infrastructure.

Does the 1% notice the endless wars except the high dividends it offers in their armament investment portfolios. Do they care that their stocks and shares in war industries kills and injures innocent people? More than half of the discretionary spending in the 2015 federal budget went to defense and homeland security. Contrast that to the five percent of the budget that went to the State Department and foreign aid, or the two percent that went to science and NASA. The 1% profit from the military-industrial complex. It is just “the way things work.” It’s just “business as usual.” But in 2015, $3.2 billion dollars were spent lobbying Congress. There’s no doubt that corporations and groups don’t spend those billions on lobbying without thinking about their return on investment. More than  nine in ten Americans agree that money corrupts politics. 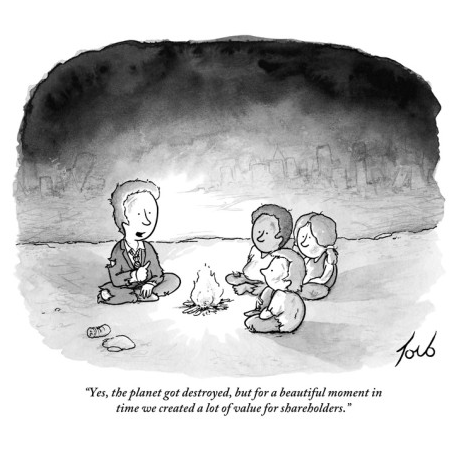