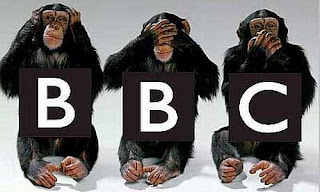 In one of the sitcom Friends episodes Chandler attempts to evade an on-and-off girlfriend by telling her he’s been transferred to Yemen. It's the furthest place he can think of, where she can’t possibly follow him. Joey remarks, “Yemen, that actually sounds like a real country.”

It perhaps explains why few care about Yemen and why it has become a forgotten war. This is a complicated civil which makes the simplistic sound-bites and one-minute analysis of the news-rooms difficult so it is often reduced to a proxy war between Sunni Saudi Arabia and Shia Iran. It lacks the clear good guy versus bad guy story-line so isn’t very popular in the search for a television audience. The media, insteads, gravitates towards the bigger regional conflicts in Syria, Iraq or Libya, whose impact on the West is so much clearer to define. Many expressed sympathy for the besieged Syrian town of Aleppo but how many know of Taiz, where in late November UN humanitarian chief Stephen O’Brien said 200,000 civilians were living under a “virtual state of siege.”

Ali Abdullah Saleh ruled the country for 33 years and had been battling a Shiite Houthi rebellion since 2004, being forced out in 2011 amid a power struggle with opposition leaders and their tribal militias, as the country was rocked by months of popular demonstrations against his rule. His replacement, Abd Rabbu Mansour Hadi, is the internationally recognised president of Yemen, but he has been effectively ousted when the Houthi rebels took the capital in January last year. That he was once the leader of a united Yemen and sponsored by Saudi Arabia and the other Gulf States is his main claim to legitimacy, but he also happens to be allied on the side of southern separatists, anti-Houthi tribal leaders and Sunni Islamists. The Houthis are often portrayed as proxies Iran, they have their own grievances, leaders, and decision-makers. Confusingly, they are now also backed by Saleh, their former enemy. Islamist groups have meanwhile taken advantage of the chaos to gain new territory. Al-Qaeda in the Arabian Peninsula (AQAP) and so-called Islamic State are both now present in the strategically important southern port of Aden.

UK arms sales to Saudi Arabia last year were at a record high – 2.8 billion pounds ($4.2 billion) in the first three quarters alone. That’s dwarfed by US sales. Since September 2014, Obama’s administration has informed Congress of arms sales to Saudi Arabia totaling more than $21 billion. Some members of Congress have spoken out against a proposed $1.29 billion deal on air-to-ground munitions because of how they might be used in Yemen, but the sale appears poised to go ahead.

The World Health Organization counts more than 6,000 conflict related deaths in the last 11 months. Given that Yemen’s health system is decimated – there’s a lack of supplies, not to mention 69 facilities damaged or destroyed – and 14.1 million Yemenis lack sufficient access to healthcare, it’s safe to say the real number is higher. 19.3 million people lack access to clean water or sanitation, and almost 320,000 children are severely malnourished.

OCHCR, the Office of the High Commissioner for Human Rights, recorded 318 civilian casualties in January: 118 killed, 200 injured. This brings estimated civilian casualties since March 2015 to 8,437: 2,913 civilians killed, 5,524 injured. By comparison, after a year of conflict in Syria, the UN was reporting 7,500 deaths.

Some day not so far in the future people will be asking why the world didn't we pay more attention to Yemen? Why didn't we take it more seriously when it had a chance to do something?

To answer Joey, Yemen is a real country and its people are real flesh and blood, too.

Taken from here
Posted by ajohnstone at 6:00 am