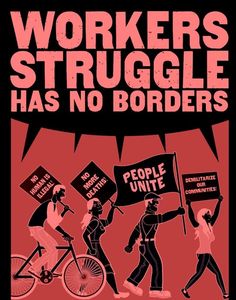 The release of figures that the number of citizens of other EU countries working in Britain had risen above the 2 million mark for the last six months was widely reported as bad news and provoked news headlines that EU migrants were stealing jobs from the British. The figure for all non-UK nationals has increased from just over one million in 1997 to 3.2 million. The labour market survey also showed that record numbers of British citizens were in work too. Indeed, 1 million more Britons are in work and 850,000 more Europeans are working in Britain since David Cameron became prime minister.

Recent research from University College London shows, European migrants are not a drain on Britain’s finances; what is more, they actually pay in more in taxes than they take out in state benefits. That contribution – valued at £2bn a year – is helping to fuel Britain’s economic growth.

Gerwyn Davies, labour market adviser at the Chartered Institute of Personnel and Development, said firms employing migrant workers have modestly higher productivity levels than those who do not. "Migrants, along with younger and older workers, have also contributed to a strong labour supply in recent times to help offset the threat of skills shortages.”

More than 60% of new migrants from western and southern Europe, who account for 900,000 of the 2 million who work here, are now university graduates. For eastern Europeans, 25% are graduates – similar to the proportion in the UK-born workforce. Britain is managing to attract the highest number of university-educated migrants of any country in the EU year after year to work in the financial, technology and media industries. It is the prospect of a job rather than claiming benefits that is attracting them.

Neil Carberry, CBI director for employment and skills, said: "In a globalised economy skilled migrants are important to addressing UK skills shortages and attracting investment. Equally, it's critical to invest in our own education system and to manage the impact of migration on public services.

Economist John Philpott said: "Within the current EU 'stay or leave', migration is often treated as a bad news issue. But contrary to popular wisdom, as long as the economy is growing, increased migration actually increases employment. "Migrants fill vacancies that might not otherwise be filled and encourage businesses to create jobs that might not otherwise exist. Moreover, by making it easier to fill vacancies, employment can increase without putting upward pressure on pay, which allows interest rates to stay low in order to support the overall level of demand in the economy."

Unison general secretary Dave Prentis said: "Without migrant workers, the NHS would collapse. But it's for the Government to ensure employers do not undercut wages and resource the NHS properly. "This is so it doesn't need to cut student bursaries and can recruit more nurses as well as other health staff."

A spokesman for the National Farmers' Union said: "It's an absolute priority that British farmers and growers have access to non-UK born labour to carry out all their operations. Many of the crops produced in the UK are seasonal, which creates a logistical problem to annually recruit sufficient workers at the time when they are needed. This is compounded by the fact that in developed countries like the UK, the resident workforce has a preference for permanent employment. We know that employers in the UK within the agriculture and horticulture sectors, along with those further down the supply chain (i.e. food processors), have hired seasonal migrant workers in response to the increasing difficulty of recruiting a domestic workforce in recent years."
Posted by ajohnstone at 6:00 am