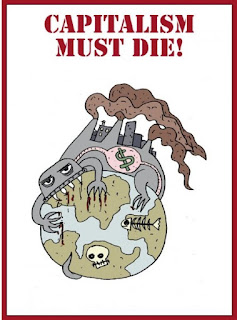 “Let us not, however, flatter ourselves overmuch on account of our human conquests over nature. For each such conquest takes its revenge on us. Each of them, it is true, has in the first place the consequences on which we counted, but in the second and third places it has quite different unforeseen effects which only too often cancel out the first. The people who in Mesopotamia, Greece, Asia Minor, and elsewhere, destroyed the forests to obtain cultivatable land, never dreamed that they were laying the basis for the present devastated condition of those countries, by removing along with the forests the collecting centres and reservoirs of moisture . . .Thus at every step we are reminded that we by no means rule over nature like a conqueror over a foreign people, like someone standing outside nature - but that we, with flesh, blood and brain, belong to nature and exist in its midst, and that all our mastery of it consists in the fact that we have the advantage over all other creatures of being able to know and correctly apply its laws.” ("The part played by labour in the transition from Ape to Man" – Engels)

Obama's plans to regulate emissions of carbon dioxide from US power plants have been stalled by the US Supreme Court. The court ruled that the president's Clean Power Plan could not go forward until all legal challenges were heard. A group of 27 states, utilities and coal mining companies are blocking the proposal in the courts. They argued that the plan was an infringement on states' rights. Under the Clean Power Plan, individual states were due to submit their proposals on how to meet the CO2 restrictions by September this year. That date will be missed. It is also unlikely that all the legal questions over the future of the Clean Power Plan will be resolved before President Obama leaves office next January. If the Clean Power Plan suffer further setbacks in the Supreme Court it may ultimately render it useless and if that was to happen, the ability of the US to live up to its commitments under the Paris Climate Agreement would be in serious doubt.

Capitalism is simply unable to run on green lines, as its motive force is expansion and domination, with no thought for the consequences for the people or the environment. Capitalism is unable to cope with the ecological challenges that lie ahead, from global warming to depletion of resources. If we look at the world around us today we cannot fail to notice the extent to which nature is being ravaged in the name of short-term economic gain. It is all too clear that the prevailing economic system of capitalist competition is quite incapable of seriously taking into account the long-term considerations with which ecology is vitally concerned. Only where the system's immediate objective of profit maximisation is threatened does it become expedient to act upon such considerations.

Will capitalism bring the world to the brink of ecological disaster? It is certainly having a good try. Its pursuit of profits and its competitive pressures to keep costs down have led to all sorts of inappropriate technology being used in production. Why must the planet live under the threat of ecological destruction. It is impossible to deny that the world is a mess and is becoming a bigger and more horrible mess as the days, months and years go by. Many shut their eyes to it, but quite how long they will be able to carry on doing so is only a matter for speculation. Large tracts of the world are a stinking hole and the stench is wafting in all our directions. The only way to stop capitalism plunging the world even deeper into the mire is for the working class to look beyond the confines of the profit system. Under capitalism technology has not been used to secure a peaceful planet but to increase the dangers and consequences of war. Technology has not been used to create a safe energy supply but to develop one which could kill whole populations. To allow world capitalism to continue is to gamble with our future, with the very conditions of life itself. We need to abolish the state of affairs in which the community as a whole exercises little democratic control over society apart from voting for politicians to run the madhouse for another four or five years.

Instead, we need to organise politically to place the means of life — including energy production which is a basic requirement for any society to function — under the democratic control of the whole community and not just governments or groups of experts. We need to abolish the out-moded and old-fashioned division of the world into nation states. Instead we need to cooperate on a world basis to meet our material needs and energy requirements. Only in a socialist society will the community be able to make decisions about energy production which are based on what is safe and in the human interest (including our shared environment) instead of decisions based on, and limited by, economic considerations. Socialism needs mass understanding and support — and then the world will be changed. We have but one policy. We want socialism, and we say we want it now. Sooner or later; socialism, a system of common ownership, democratic control and production solely for use will have to figure on the agenda of the working class if humankind’s collective existence and very survival is not to be put at stake.

The allocation of most resources to the market is incompatible with the realisation of environmental goals. The market responds only to those preferences that can be articulated through acts of buying and selling. Hence the interests of the inarticulate, both those who are contingently so - the poor - and those who are necessarily so - future generations and non-humans - cannot be adequately represented. Moreover, a competitive market economy is necessarily oriented towards growth of capital, and such an orientation is incompatible with a sustainable economy. A non-market system is the only framework within which humans can organize their interaction with the rest of nature in ecologically acceptable ways. As long as production is carried on for making profits and not for needs the same problems of pollution, resource depletion and species extinction will remain.

Before anything constructive can be done, capitalism must go and, with it, the artificial division of the world into separate, competing states. More and more people are becoming aware and concerned about the way the environment is abuse. But campaigning for new laws in regard to protecting the environment is not the answer. The problems cannot be solved by either minor or major policy reforms but only by drastic reconfiguration of the system itself. We need to get rid of a society where a small minority can manipulate nature for their own ends and replace it with one where we all have a real say in how nature is used. The Earth, and all its natural and industrial resources, must become the common heritage of all humanity. A democratic structure for making decisions at world as well as at local levels must come into being. It is to facilitate that process that the World Socialist Movement exist. Our message to the working class is that capitalism’s time has gone. There are plenty of reasons why the task of building a political movement for socialism is more urgent than ever. The choice before us is now “socialism or barbarism”, a progressive move to the next higher stage of social evolution, or a regression from which we may never recover. The choice is yours.
Posted by ajohnstone at 6:00 am