The Cop-Out that will be COP21 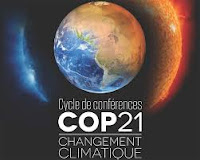 Attempts have been made to present COP 21, the ‘landmark’ Paris climate summit to be held in December as an opportunity to ‘save the world’. The people behind these appeals appear to believe that if only we had a big enough petition or an impressive enough march, the political elite might be persuaded to use the Paris COP to take serious action on climate change. This may sound harmless and a bit naïve, but the rush to endow the Paris summit with such importance is a recipe for disappointment.

Since Kyoto it’s become clear that the UN process has failed to deliver. Canada, Australia and Japan joined the USA in ignoring Kyoto and pursuing business as usual. The EU only succeeded in meeting emissions targets by effectively fiddling the numbers. At the Warsaw COP in 2013, where the coal industry held a conference on the sidelines of the climate summit singing the praises of the completely fictitious ‘clean coal’. Poland's environment minister was sacked half way through the summit because he was too slow to promote fracking in the country.

It’s not only fossil fuel companies whose influence is growing. The financial sector has gained a stronger role in the disbursement of climate finance. The UK government, ever in thrall to the interests of the City, has been the leading force in pushing for the UN Green Climate Fund’s Private Sector Facility to channel more money through financial intermediaries and corporate fund managers. The agribusiness lobby is active in promoting schemes like the Global Alliance for Climate Smart Agriculture, which aims to present these companies’ unsustainable intensive industrial methods as some sort of solution to climate change. This combination of corporate lobbying means that every year very little happens at climate summits, as the big emitters succeed in kicking the can down the road.

So, let’s be clear. There is very little chance of a deal in Paris that will make a significant difference to the climate crisis. The talks will follow the same pattern we see every year: two weeks of deadlock and backroom talks excluding critical voices, followed by a last minute compromise deal that ‘saves’ the summit at the expense of actually taking any action. The need to sign a deal that includes hardline climate laggards like the US, Canada and Australia will mean an unambitious agreement. Those NGOs who whip their supporters into a frenzy (and take their donations) encourage their constituencies to believe they can put pressure on governments to come up with a deal. The same NGOS then feel compelled to pretend that the pressure has worked and progress has been made.

Paris is not going to save the world. And those who pretend that it will are deluded at best, and downright dangerous at worst. Dangerous because while we continue to waste time hoping for a miracle in Paris, the resulting inaction risks becoming a death sentence for a number of countries, especially small island nations like Kiribati which will disappear under rising sea levels. Other countries will see falling crop yields and rising drought, which promise to kill millions of people.