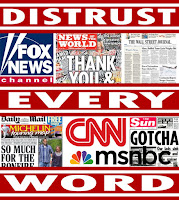 The BBC is increasingly viewed not as an objective news agency but as a media organisation representing the views and interests of the UK government.

The BBC recently published an article  describing the increase in weapons and money sent by Saudi Arabia and other Gulf regimes to anti-Assad fighters in Syria.  He said those groups being supplied did not include either Islamic State (IS) or al-Nusra Front, both of which are proscribed terrorist organizations. Instead, he said the weapons would go to three rebel alliances — Jaish al-Fatah (Army of Conquest), the Free Syrian Army (FSA) and the Southern Front. So the Saudis are only arming groups such as the “Army of Conquest,” but not the al Qaeda affiliate the Nusra Front. However, The Army of Conquest includes the Nusra Front. This is not up for debate. The New York Times, the Daily Telegraph and the Voice of America have all accurately described that the Army of Conquest is an alliance of insurgent groups that includes the al-Nusra Front, al-Qaida’s affiliate in Syria, and the hard-line Islamist group Ahrar al-Sham, as well as some less extreme Islamist groups. The BBC did not tell its readers about this.

When some pointed this fact out to the BBC, it simply edited that Saudi admission out of its article. In doing so, it made the already-misleading article so much worse, as the BBC went even further out of its way to protect the Saudis. This is what that passage now states on the current version of the article on the BBC’s site (emphasis added):
“He said those groups being supplied did not include either Islamic State (IS) or al-Nusra Front, both of which are proscribed terrorist organizations. Instead, he said the weapons would go to the Free Syrian Army and other small rebel groups.”

The BBC literally changed the Saudi official’s own statement, whitewashed it, to eliminate the  admission that Saudi Arabia were arming Army of Conquest. The BBC simply deleted the key admission that the Saudis are arming al Qaeda. Whatever one’s views are on Syria, it’s telling indeed to watch the BBC desperately protect Saudi Arabia from criticism using blatant editing to whitewash the Saudis’ own damaging admissions.