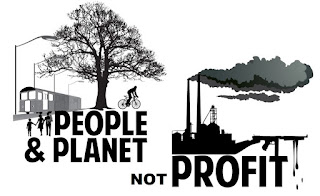 The new global climate deal is expected to be agreed upon at the Conference of Parties (COP21) in Paris, from Nov 30-Dec 12 (with the possibility of an extension, depending on the state of the negotiations).

ActionAid’s Climate Policy Manager, Harjeet Singh, said the events in Bonn “have shown there is still a mountain to climb before a deal emerges on the horizon at the Paris summit in December. It seems that the European Union (EU) forgot its claim of standing together with the world’s poor and vulnerable”, he said. Singh said: “On finance, rich countries know they’ve failed to meet their climate finance obligations. They refuse to admit it or make a good-faith attempt to fix it, instead of proffering loans and double-counting development aid as climate finance.” In short, he pointed out, developed nations talk big on a long term solution but are still dreaming of a destination without knowing how they will make the journey. “Rich countries also continued with their ill-rehearsed Houdini act, coming up with ‘false solutions’. The current proposal of setting a long-term goal to cut carbon through ‘net-zero’ would mean developed nations can continue to live life as normal while the poor are kicked off their land in an attempt to absorb emissions,” he added.

Chee Yoke Ling, Director of Third World Network, said without a fair deal in Paris there will be a temperature increase of more than 2 degrees Celsius and a perpetuation of injustice against developing countries and their peoples. “The week started with a very unbalanced text prepared by the co-chairs that favored the United States and its allies. United efforts by developing countries continue to meet with resistance as major developed countries persist in chipping away at their commitments and the equity basis of the Convention,” she said.

Oxfam said “the combined total of pledges still represents an unacceptable gamble that puts at risk the world’s climate security.”


“The deplorable inaction at the climate negotiations is a calamity for people across the world. We are facing a planetary emergency with floods, storms, droughts and rising seas causing devastation. The risk of irreversible climate change draws ever closer, and hundreds of thousands of people have already paid with their lives,” said Dipti Bhatnagar, Friends of the Earth International's climate justice and energy coordinator. “We are seeking a just and ambitious deal in Paris, but with the talks held hostage by rich country governments dodging their responsibilities and blaming developing nations, and by corporations promoting dirty energy and false solutions it’s difficult to imagine that happening now. We need to keep building a movement of people that can challenge governments and champion the real solutions to the climate crisis.”

Susann Scherbarth, climate justice and energy campaigner at Friends of the Earth Europe said,
“We need a fair agreement, a fair process and fair shares of climate action. What we have on the negotiation table now is increased effort by more than 140 developing countries but it won’t avoid catastrophic climate change unless rich countries have a dramatic change of heart.  We need rich countries to urgently commit to do their fair share.”  Friends of the Earth International believes that the solutions lie with people. Across the world ordinary people are resisting dirty energy and building democratic, community and socially controlled power. “People will have the last word in Paris. But the demonstrations in Paris will not be the end. The struggle will continue, as it must, because the job will not be done in Paris,”  Susann Scherbarth added.

Admirable and commendable sentiments from FOE but totally unrealistic expectations. It will be business who will have the final say in Paris and unless the people campaign and struggle for socialism, all the promises and pledges from the corporations and countries will be meaningless.