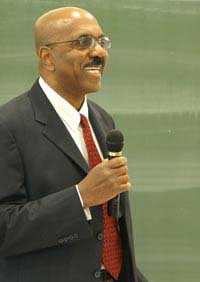 A talk by Yehudi Webster (Guest speaker from the U.S.)

A talk by Yehudi Webster  (Guest speaker)
Political movement and organisation to change the socio-economic order, to de-commodify goods and end class conflict, are stalled by particular beliefs.
Four such beliefs, systematically disseminated in educational institutions and media, may be cited, as follows:
1. Human nature is innately flawed, that human beings are evil, sinful, irrational and not in control of their fate.
2. There is an indomitable scarcity of natural resources that necessitate markets for labour, goods and capital.
3. Violence is ineradicable, and a natural feature of governance.
4. The Soviet experience proves that capitalist commodity production cannot be eradicated.
These beliefs populate, indeed, dominate, the intellectual world and thereby freeze the social order. They are ideological obstacles to the change into a classless, stateless, wageless, moneyless society based on the common ownership of the means of life.
Yehudi Webster holds degrees from British and Polish universities; he has also published on critical thinking and social problems. His works are easily accessed on the internet.
Posted by ajohnstone at 3:06 am