Do androids dream of a three-day week 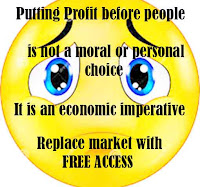 Professor Stephen Hawkins weighed in on the topic that’s obsessing technologists, economists and social scientists around the world: whether a dawning age of robotics is going to spell mass unemployment. “If machines produce everything we need,” Hawkins wrote in an “Ask Me Anything” session on Reddit, “everyone can enjoy a life of luxurious leisure if the machine-produced wealth is shared – or most people can end up miserably poor if the machine-owners successfully lobby against wealth redistribution.”

According to two new books the automation of up to 60 per cent of current jobs in America, and by extension other nations, is all but inevitable. Martin Ford argues in ‘Rise of The Robots’, education and up-scaling won’t help us. There will simply be fewer jobs to go around, as everything from accountancy to journalism will be done faster, cheaper and more efficiently by machines. Jerry Kaplan agrees in ‘Humans Need Not Apply’, that billions will be left destitute – unless we radically rethink our way of keeping people fed.

In successive waves of technological innovation from the industrial revolution to the automation leaps of the 1950s, millions of working people found themselves replaced by machines that would never inconvenience their owners by getting sick or going on strike. This time, however, it’s not just working class jobs that are threatened. Robespierre was right – it’s the prospect of angry unemployed lawyers and doctors that really prompts the elite to panic.

By the time most of us reach retirement, machines will be doing far more of the jobs that nobody really wanted to do in the first place. In any sane economic system, this would be good news. No longer will millions of men and women be stuck doing boring, repetitive, often degrading work for the majority of their adult lives. That’s fantastic. Or it should be. Did you really want the job those thieving android scabs are about to take from you? All else being equal, don’t you have better things to do than spending most of your life marking time at work to afford the dignity of not starving?

All else, however, is very far from equal – and that’s the problem. Technology is not the problem. The only reason that the automation of routine, predictable jobs is not an unmitigated social good is that the majority of the human race depends on routine, predictable jobs, and the wages we get for them. Most of us, when you get down to it, would not work 8 hours a day, 5 days a week for forty years if we had a choice – but the necessity of earning a wage gives us no other option. In fact, automation should for some time have made it unnecessary for any of us to work more than a handful of hours a week, but somehow, most of us are working longer hours for lower wages than our grandparents.

The automation crisis need not be a crisis at all – but the simplest solutions are too radical. The problem is not technology. The problem is capitalism. People who do not work to create profit are considered less than human, and used as surplus labour to drive down the cost of wages. It doesn’t matter whether you’re a single parent, an unemployed veteran or an unpaid intern – the logic of capitalism grants you no right to live unless you are making money for someone else. Our economic system defines the basis of human worth as the capacity to do drudge work for someone else’s profit.

Martin Ford is neither an economist nor a political theorist, but I imagine that when he says that in order to save us all from armies of robot scabs, “a fundamental restructuring of our economic rules will be required”

Kaplan and Ford’s books propose the same solution, and it’s one that reformist have been suggesting for generations: a universal basic income. If nobody can afford to buy the goods and services all these robots are producing, global markets will collapse. World capitalism cannot be sustained, Ford argues, on luxury consumption alone. It turns out that the only way to save the capitalist system is massive wealth re-distribution and total reorganisation of the wage system.

But why not go further and abolish the wage system? The World Socialist Movement suggests we can have a world free of wage-slavery, free from the artificial rationing of a money-system and the demands of market prices.

Automation offers us two options. Just two. The first is that we finally, collectively, break our addiction to disaster capitalism and do what needs to be done to create a future where human beings can reach their full potential. The second is that we don’t. And we might not. Just because the answer to the “threat of mass unemployment” is obvious does not mean that we will take it. It is just as likely that the magical thinking of market fundamentalists will prevail in the field of automation just as it has in the field of environmental protection and topple us all into a chaos where only the very rich can survive, for a time, alone in their climate-controlled towers of glass and steel. That’s the other solution. Whether it’s the solution we choose will determine, far more than any job-thieving algorithm, what it truly means to be human. As Professor Hawkins observed: “So far, the trend seems to be toward the second option, with technology driving ever-increasing inequality.”