Hunger caused by conflict and instability leaves around 3.1 million children dead across the globe annually, says the 2015 Global Hunger Index.

"Conflicts such as those in Syria, Iraq and South Sudan are the biggest drivers of starvation," said Welthungerhilfe President Bärbel Dieckmann, adding that wars around the world have affected lives of around 172 million people. 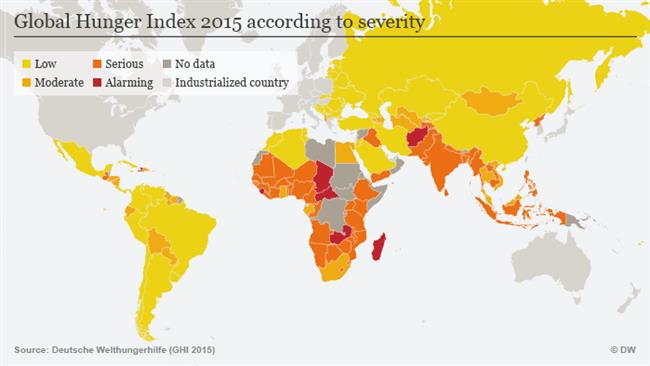