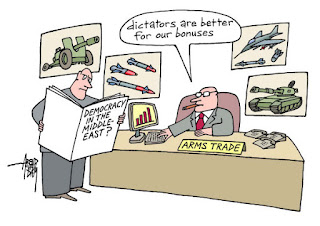 Being Britain’s best customers for weapons Saudi Arabia’s and its Gulf States allies war in Yemeni is seldom reported on the British media. Little mention is made of their economic blockade that denies civilians food and fuel. Before the conflict started, 90 percent of all food was imported, which is plunging Yemen to the brink of starvation.

The humanitarian situation in Yemen is reaching disturbing proportions, with half a million children now facing life-threatening malnutrition and imminent famine, according to a senior UNICEF official.

Afshan Khan, director of the UN Children’s Fund’s emergency programs worldwide, told Reuters that “We are facing the potential of a huge humanitarian catastrophe… The levels of malnutrition that are being reported for children are extremely critical. It is not that the world hasn’t been alerted to the crisis. The World Food Program (WFP) has been ringing the alarm bells over the situation since the summer. Some 13 million people have not had access to adequate food, six million of which were in a particularly difficult situation. The number of children under five facing severe acute malnutrition continues to grow. Currently the figure stands at 537,000, with visible bodily changes; another 1.3 million are moderately malnourished, latest UN figures claim.

Saudi Arabia's war against Houthi rebels, in its support of the exiled Yemeni government, has been ongoing since late March, with barely any halt in hostilities – a fact that has rendered most humanitarian efforts almost useless, sinking the country into further oblivion and displacing an estimated 10 percent of Yemen’s population, of about 23 million people. The death toll has climbed to 5,400 people in one of the poorest Arab countries.

We have been warned of the future consequences for innocent people in Yemen...Will it be heeded?
Posted by ajohnstone at 12:57 am