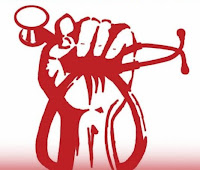 A demonstration in London last weekend saw an estimated 20,000 junior doctors protesting against proposals which they say would cut their pay by up to 30% and force them to work even more anti-social shifts.

“These figures paint a very worrying picture. They echo the outpouring of anger from junior doctors in recent weeks and show just how let down they feel by the government’s proposals,” said Dr Johann Malawana, chair of the junior doctors committee (JDC) at the British Medical Association, the doctors’ union. “If even a small proportion of junior doctors choose to vote with their feet, it would be a disaster for the NHS, coming at a time when we need more doctors, not fewer, to meet rising demand on services.”

The health minister responsible for negotiating with junior doctors, Ben Gummer, is under fire for wrongly telling a fellow Conservative MP that junior doctors can currently opt out of working at weekends and in the evenings and overnight. In a reply to Simon Burns, a health minister under the coalition, Gummer wrote: “We want to remove the opt-out from weekend, evening and night working in contracts for newly qualified hospital doctors, so that hospitals arrange their staff rotas evenly though the week and improve provision for junior doctors’ training.”


However, the 45,000 junior doctors in England – all those below consultant level – do not have such a right. Consultants can refuse to do non-emergency work outside of normal weekday working hours but are in ongoing talks with the DH to give that up.
Posted by ajohnstone at 5:01 am