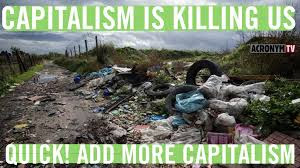 Climate change researchers at the University of Cambridge, UK, University of Maryland, US, and University of Cologne, in Germany, publishedin the journal Nature that the UN climate negotiations at COP21 in Paris are heading for failure and need a major redesign if they are to succeed.

The researchers say the science of cooperation is being ignored. The pledges that individual countries are offering ahead of the Paris climate summit in December are too entrenched in self interest instead of being focussed on a common goal.

Instead, they say the negotiations should focus on a common commitment on the global price of carbon. This means countries would agree on a uniform charge for carbon pollution, a scheme that would encourage polluters to reduce their emissions. The scientists believe that setting a common price for carbon, which could be implemented through carbon tax or emissions trading schemes, could work.
Prof David MacKay, from the University of Cambridge, who was former chief scientific advisor to Britain's Department of Energy and Climate Change (DECC), said said: "This is a price that could be negotiated and agreed, and would apply to all countries." The researchers admit that with the Paris climate conference just weeks away and the fact that global carbon pricing is not already on the table, their idea is unlikely to have much influence. However, they say the science of cooperation should be taken into account for future negotiations.

Ahead of December's United Nations climate meeting, individual countries have submitted their plans for cutting greenhouse gas emissions. These are called Intended Nationally Determined Contributions - or INDCs. However, the researchers say that this approach will not work.
Prof David MacKay said: "The science of cooperation predicts that if all you are doing is naming individual contributions - offers that aren't coupled to each other - then you'll end up with a relatively poor outcome. We have the history of the Kyoto agreement as an example of this. Initially, the approach was to find a common commitment, but eventually it descended into a patchwork of individual commitments... and that led to very weak commitments and several countries leaving the process."

The Paris negotiations, he warned, were heading in the same direction. Instead, the researchers say, a reciprocal approach could transform the meeting.
"If you make a treaty that is based on reciprocity, so 'I will, if you will' and 'I won't, if you won't', then you can end up in a very different position," explained Prof MacKay. "If people make a common commitment that they will match what others do, then it becomes in your self interest to advocate a high level of action because it will apply not only to you but also to others."

Scientists are experts in their field which doesn’t make them authorities outside the scope of their studies. If the scientists had read the numerous articles over the years in the Socialist Standard, they would be well prepared for the fact that rival capitalists will not co-operate with one another for the collective good. They have their vested interests to protect and national governments will act to defend their own particular section of the commerce. We need not be surprised by this very obvious point made by the scientists. Attempts to halt the massive output of greenhouse gases in the hope of preventing a possible global warming have resulted in negligible success, mainly due to capitalism's higher priority—profit. Each capitalist state had its own interests (those of its capitalists) to defend, with those more dependent on or with more reserves of coal or oil dragging their feet. Because, if the use of fossil fuels is to be cut back or is to be made more expensive this would affect them proportionately more. Their production costs would go up more, putting them at a competitive disadvantage on world markets.

In regards to carbon pricing, this too is no new debate. Naively, these professors see the solution as imposing a carbon tax to raise the price of fossil fuels, so making the price – and so the use – of alternative fuels such as renewables and nuclear proportionately more competitive. But that’s easier said than done. As long as they are cheaper, coal and oil will be used. And no capitalist corporation in that line of business is going to commit economic suicide by not seeking to make profits from supplying this paying demand for coal and oil.

The history of sincere but failed attempts to correct a system leads to the conclusion that a new social system should be tried - system without money and the profit motive. If those scientists so rightly concerned about the threat of climate change would think the matter through they should be campaigning not for capitalist governments and corporations to change their spots but for the end of capitalism.
Posted by ajohnstone at 2:04 am