To go green, we must first go red 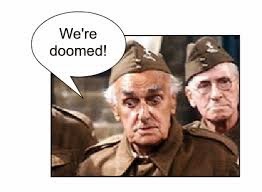 Within the environmentalist movement you may hear some activists advocating lifestyle changes say that it is the individual who is personally responsible for global warming and it is the individual who is the one that causes the manufacturer to make the goods that produce the carbon emissions that causes climate change. They suggest that we each individually are responsible for the pollution and should share in the sense of guilt. This attitude ignores the single most important fact about what contributes to pollution that has been established over and over again: the over-whelming bulk of pollution comes from business. The amount of pollution that individual people contribute through their day-to-day activities is very small and practically irrelevant. It is not you or your neighbours and friends but the business interests which control the corporations who run the industries which produce almost all the pollution. While not to be condemned in itself, recycling and such it does not address itself to the real source of pollution and instead it becomes simply a way of drawing attention away from this source.

Capitalists cannot afford to be overly concerned with stopping pollution. The existence of every business is based on its ability to make more profits than the next capitalist. If the average cost of pollution control equipment is approximately 20% of that of production equipment means that companies would have to cut deeply into their profits to take any real steps toward stopping pollution. Capitalists are not about to cut its profits for anybody. Capitalists have not cut its profits to provide full employment or to avoid wars. There’s no reason to expect them to do such a thing in order to stop climate change! This is also true to a large extent of the government who represent the overall interests of business. Karl Marx summed it up well. He said:
“The executive of the modern state is but a committee for managing the affairs of the bourgeoisie.”

With a few exceptions people show little inclination to replace the capitalist system. They have more than once demonstrated that they are not anti-capitalist even if they are pro-environment. But it would be a grave mistake to assume that the latter could not lead to the former. For this to happen though, the next step in building a viable anti-capitalist movement is to have no confidence in the ruling class, no confidence in the ability of business and industry to stop climate change, no confidence in the business-controlled government’s ability to implement environmental legislation to control business. This means that we have to see through the superficial and deceptive gestures of the more “progressive” politicians advocating carbon limits. We must abandon the reformist projects proposed by them such as the 5 pence on a plastic bag at the supermarket.

Working people are continually involved in a day-to-day struggle against business and government over the basic necessities of life. Hazards in the industrial environment result in disease, disability, and death on an unprecedented level. Millions of cases of occupational disease due to factory pollution occur annually. Workers are forced to breathe air highly saturated with tiny particles, leading to all sorts of diseases such as black lung, silicosis, and asbestosis. We have to recognize that there are forces in the society which are anti-life — the ruling class, which is content to maintain its rule as the entire society rushes towards oblivion, a force that we must struggle against if life is to be guaranteed. And in this struggle the primary question is who is going to have the power and it is the necessity for socialists to realize that, the end is life. But the beginning is the successful struggle for a socialist society. A confident, organised working class is essential for the creation of a society in which workers can truly formulate and decide between alternatives. 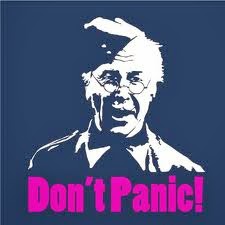 We now all know that the global climate is changing, raising the terrifying prospect of droughts, floods, famines and migration crises. A paper in Nature Geoscience actually says we’re not being alarmed enough. In fact, it warns climate scientists to avoid sugar-coating the scale of the catastrophe that climate change poses. The author, Professor Kevin Anderson of Manchester University, says scientists shouldn't self-censor. We shouldn’t delude ourselves that the world's nations will finally got serious about taking major action to prevent the death of our planet.
Posted by ajohnstone at 2:17 am