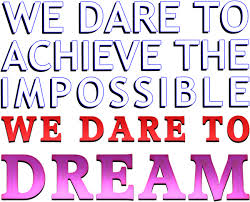 Capitalism staggers from one crisis to another, created by its inherently irreconcilable contradictions. All the scientific evidence points to the fact that climate change threatens the world with environmental catastrophe. All the political evidence points to the fact that our rulers are either sleep-walking to disaster or, more likely, consciously gambling with humanity’s future for the sake of profit. Today, our life-support system, our planet, is under threat. The threat arises from a combination of a complex of factors, the most notable of which is the greenhouse effect caused by CO2 emissions. There is a growing awareness by millions of people across the globe that the way economies develop impacts on the environment. Sustainable development is an urgent matter. If societies continue on the model of development of capitalism where profit maximisation and growth for more profit predominate, the planet and its atmosphere will struggle to sustain human life. Global warming, pollution of river systems, destruction of forests are just three examples of capitalism’s destructive global footprint. Indeed, capitalism threatens the very existence of life on the planet, through everything from pollution-fueled global warming to the potential for nuclear war. As a result of this growing awareness, there is an intense battle of ideas on what course of action to take. There are interesting times and people are coming up with answers which protects and nurtures the planet. Nonetheless, the system of capitalism will not disappear on its own, but needs politically class conscious determination and organised mass struggle by the working class.

The oceans and the land can no longer be treated as garbage-dumps. Waste must either be recycled or used as the starting point for other processes. If this is not possible in a particular process of production, it may be that that process will have to be abandoned or replaced by an alternative process which does not produce unusable waste.  The change to the sort of closed system of waste-free production to which we have referred is incompatible with the continued existence of an unplanned capitalist economy dominated by the drive for maximum profit. It makes the case for socialism as a system of society where there are no inbuilt obstacles to environmental protection. Capitalist profit is just such an in-built obstacle. It means that the short-term objective of profit takes precedence over the long-term consequences for the environment. In fact, capitalism's world-wide rush for profit has ravaged the environment of the World and created today's problems.

A socialist society run in the interests of the vast masses of humanity, and not a tiny elite class of profiteers, is the only alternative. It is not pie-in-the-sky dreaming.  It is the logical conclusion of capitalism’s development. Capitalism has itself laid the basis for transcending the misery to which it condemns humanity. It long ago built up the economic productive forces—industry, technology and a globalised economy—to the point where the potential exists to produce an abundance of all need resources. But that potential remains trapped by capitalism’s pursuit of profit. To redirect society’s productive forces toward producing in the interests of the majority, ownership and control of the economy will have to be seized from the capitalists. This cannot be achieved in one country—it will take revolutions across the world to unleash the productive potential of the world.

By planning economic production in the interests of the masses of humanity, workers would do so much more than just improve their immediate living conditions. Class society first arose in history as a result of a scarcity of necessary goods. The struggle to control small surpluses of food, for example, saw society divide into a tiny elite who enjoyed the profits of rule over an exploited majority. Scarcity continues to underpin capitalist class society, driving nationalism as the way capitalist forces rally support in a fight of all against all for dwindling resources. By producing an abundance of necessary goods for all, workers would undermine the very basis for the existence of classes. Necessary work would be divided equally among all. And the introduction of labour-saving technology, instead of creating unemployment as it does under capitalism, would be used to shorten the work-week and free workers’ lives for greater leisure. In such ways the basis would be laid to the development of a society free of all forms of exploitation and oppression. With no way to survive without working for and being exploited by the capitalists, the working class has no fundamental interest in maintaining the system. Drawn from across the world and forced into cooperation and labor in their jobs, the working class can turn this organisation against the capitalists in collective struggle. To protect the environment calls for the rational allocation of resources and for the widest possible development of democracy. This is a struggle for today. This is the struggle for socialism.