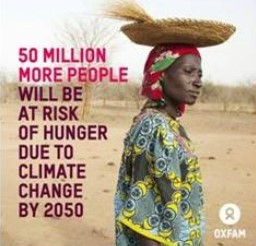 The world is falling well short of its carbon target.  Carbon pledges from 147 nations to Paris climate summit ‘are not enough to stop temperature rise’, experts conclude. Pledges to cut carbon emissions will fall far short of those needed to prevent global temperatures rising by more than the crucial 2C by the end of the century. A study of COP21 pledges by Climate Action Tracker, (CAT) an independent scientific group of European climate experts, indicates that if all pledges are implemented, then global temperatures will rise by 2.7C. This is the stark conclusion of climate experts who have analysed submissions in the run-up to the Paris climate talks. This will show that the world’s carbon emissions, currently around 50bn tonnes a year, will still rise over the next 15 years, even if all the national pledges made to the UN are implemented. The institute’s figures suggest they will reach 55bn to 60bn by 2030. To put that figure in context, the world will have to cut emissions to 36bn billion tonnes of carbon to have a 50-50 chance of keeping temperatures below 2C, scientists have calculated. Current pledges will not bring the planet near that reduced output. Developed nations may pledge to make increasing use of renewable energy sources but as more developing nations become industrialised, carbon outputs continue to rise overall. And there is no prospect of nations now changing their carbon pledges before or during the Paris talks.

A rise of 2C is considered the most the Earth could tolerate without risking catastrophic changes to food production, sea levels, fishing, wildlife, deserts and water reserves. Even if rises are pegged at 2C, scientists say this will still destroy most coral reefs and glaciers and melt significant parts of the Greenland ice cap, bringing major rises in sea levels.

“We have had a global temperature rise of almost 1C since the industrial revolution and have already seen widespread impacts that have had real consequences for people,” said climate expert Professor Chris Field of Stanford University. “We should therefore be striving to limit warming to as far below 2C as possible. However, that will require a level of ambition that we have not yet seen.”
Posted by ajohnstone at 2:16 am